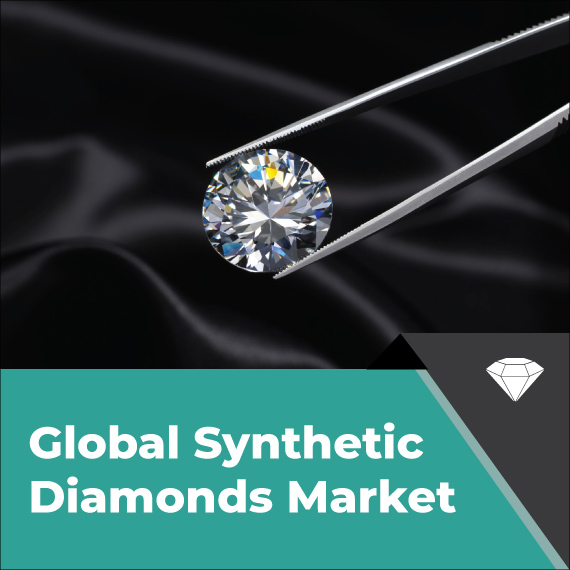 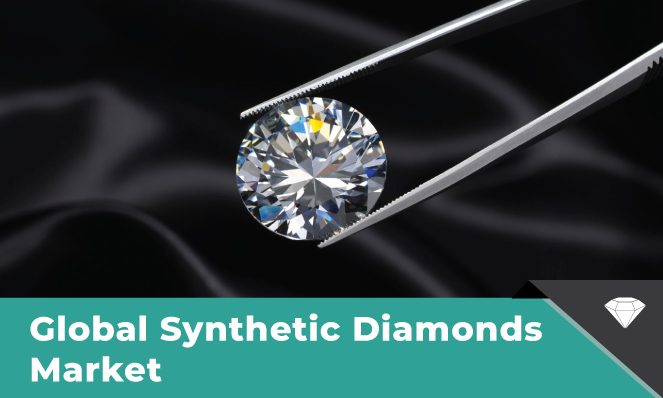 Synthetic diamonds are characterized as laboratory-grown diamonds with the same optical and physical properties as their organic or natural counterpart. Also referred to as lab-created or engineered diamonds, synthetic diamonds are grown in highly controlled laboratory environments using cutting-edge technological procedures that replicate the conditions under which diamonds naturally form. While synthetic diamonds are widely used for jewelry-making, their major applications are found in industries such as mining, oil & gas, construction, and electronics.

The widespread usage of laboratory-grown diamonds across key sectors plays an essential role in driving the growth of the global synthetic diamonds market, expected to progress with a CAGR of 8.89% during the forecast years 2022 to 2030. The market growth is further attributed to factors such as the rise in industrial demand for synthetic diamonds as well as increased affordability.

Natural to Synthetic Diamonds: Why the Shift?

Despite illustrious family histories in the trade, leading brands have broken away from traditional diamonds, primarily on account of the humanitarian and environmental toll of the extraction process. Likewise, Generation Z and Millennials, representing the chief buyers of diamonds for engagement rings, are also shifting away from conventional diamonds. Besides, an increasing number of millennials are considering purchasing a lab-grown alternative. This is also one of the notable growth drivers of the North America synthetic diamonds market, expected to project the highest CAGR of 9.04% by 2030.

Moreover, leading players operating in the market, such as WD Lab Grown Diamonds (United States), offer sustainability-certified lab-created diamonds, catering to customers who are strongly concerned about the ecological and humanitarian costs of diamond mining. Although the transition poses a significant competitive threat to the mined-diamond industry, this aspect provides the synthetic diamonds market with lucrative growth opportunities.

There are two primary methods of manufacturing synthetic diamonds, namely high pressure high temperature (HPHT) and chemical vapor deposition (CVD). Both processes require a diamond seed, characterized as a solitary crystal diamond from which a larger stone is formed. Ultimately, the major difference between CVD and HPHT diamonds is that they have different diamond growth patterns. While the latter grows in a cuboctahedron shape, with 14 varying growth directions, CVD diamonds grow in one direction and have a cubic shape.

As per Inkwood Research’s analysis, chemical vapor deposition (CVD) is expected to be the leading manufacturing process, and high pressure high temperature (HPHT) is set to dominate the manufacturing process category, capturing a share of 55.42% by 2030. Synthetic diamonds grown by these processes constitute the same chemical properties as diamonds, thereby facilitating their seamless usage in numerous applications. Some of these include –

Synthetic diamonds are considered to have the highest known thermal conductivity, compared to silicon, as well as a substantial resistance to thermal shock. While silicon is commonly utilized in gadgets and machinery owing to its affordability, the rise in lab-grown diamonds is likely to change this trend over the upcoming years.

What are the key restraints faced by the global synthetic diamonds market?

What is the role of synthetic diamonds in the mining industry?

The mining industry utilizes synthetic diamonds to supplement operational effectiveness, in addition to increasing the durability of mining equipment.