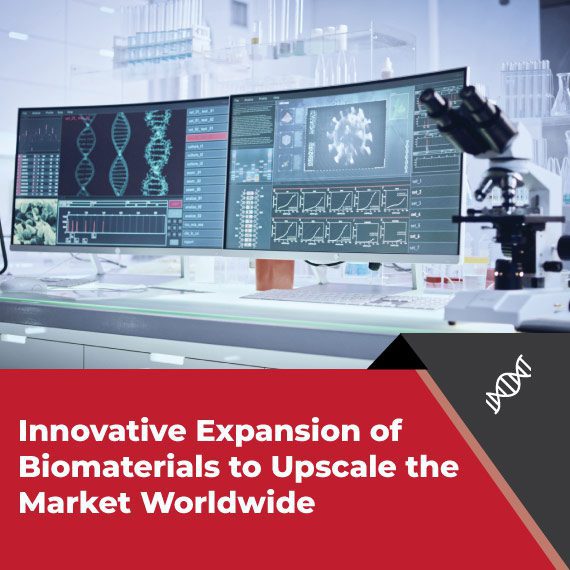 Innovative Expansion of Biomaterials to Upscale the Market Worldwide 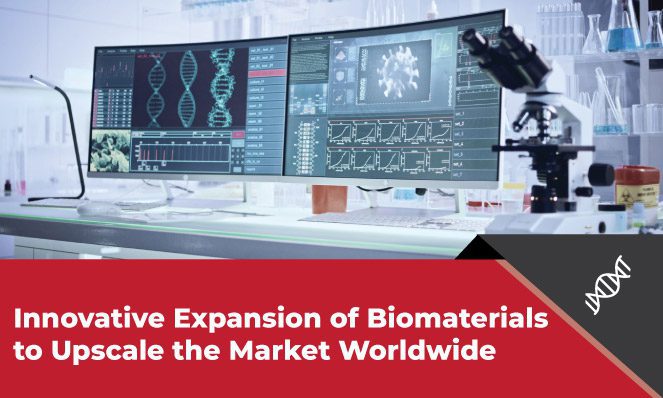 Biomaterials have enormously impacted the healthcare industry by shifting many aspects of therapeutic and preventive treatments. The field is a rich area for innovation, research, and invention as new applications are developed continuously with the advancements in medicines. According to Inkwood Research, the global biomaterials market is set to propel with a CAGR of 12.78% between 2022 and 2030.

Biomaterials have been used for several centuries in the healthcare field for treatments, but their sophistication has recently increased significantly. The modern biomaterials are rich in information and include nature-derived, biologically active components. Further, in the future, they are anticipated to assume a greater role in medicine as well as in many non-medical applications by incorporating dynamic behavior and biologically inspired designs.

Biomaterials play a crucial role in regenerative medicine since they may promote cell growth and differentiation to facilitate the healing of tissue lesions. For instance, modern materials encourage the stimulation of new bone growth while bonding with the surrounding tissue. According to Inkwood Research, the orthopedic application segment is expected to be valued at $47925.83 million by 2030. The market also finds applications in neurology, cardiovascular, ophthalmology, etc.

In addition, natural and synthetic type biomaterials have recently witnessed steady growth owing to their critical role in regenerative medicine and tissue engineering strategies. Hence, these intricate innovations boost the market’s expansion in the healthcare sector.

Inorganic glass-based biomaterials is the fastest-growing product type by 2030 due to their potential flexibility and efficiency. It is widely used for optical sensors and endoscopes. The segment is also driven by the growing usage in wound healing, dental applications, DNA purification, cancer treatment, and other orthopedic applications.

Biomaterials are extensively used in bioimplant devices, providing ease in fabrication, flexibility, and biocompatibility. As per a report by Arthritis India, arthritis affects about 15% of the population, over 180 million people in India. Moreover, rheumatoid arthritis (RA) affects about 0.92% of the adult population. There are about 20-40 new cases per lakh population each year, and the disease occurs more frequently in females, and about 5% of first-degree relatives are at risk of developing rheumatoid arthritis (RA). Also, the rate of joint-related disorders is increasing every year, and therefore, the demand for implants is surging rapidly.

BBS-Bioactive, a Finland-based biomedical company, develops innovative and biologically active medical implants for orthopedic surgeries. Its key product, ARTEBONE, is a natural bone product derived from reindeer’s shaded antlers and tri-calcium phosphate (TCP). The company has a major presence in India regarding its rising number of arthritis caused by joint-replacement surgeries.

Biocompatibility is a key feature in developing medical implants and improving their performance. It also requires a series of evaluations and studies on an implantable device that require complex in vitro as well as in vivo experiments to test its systemic effects on the host.

For instance, the Dyneema Purity fibers’ biocompatibility issues were proven through their track record of use in many medical implant devices. In addition, the favorable consideration of biodegradable over biostable materials for biomedical applications, the long-term biocompatibility issues with many existing permanent implants, and many levels of ethical and technical issues faced while revision surgeries also helped in understanding the problems.

Therefore, biomaterials need to pass through numerous compatibility tests. However, many companies and investors face problems launching their products due to stringent regulations. Also, the manufacturing of biomaterial-based products entails a huge cost to pass the necessary testing processes for regulatory approval, further limiting the market growth.

With the rise in the elderly population globally, the demand for joint replacement, cardiovascular treatment, and other surgeries has increased. Thus, the growing interference and focus on innovation by key players like Evonik Industries, BASF SE, Zimmer Biomet Holdings Inc, Royal DSM, Celanese Corporation, Corbion NV, etc., is supplementing the biomaterials market’s performance in the healthcare industry.

How much is the biomaterials market worth?

What properties should biomaterials have?

The most important properties that biomaterials should have and be carefully evaluated before implantation are elastic modulus, tensile strength, yield strength, hardness, corrosion, and creep.