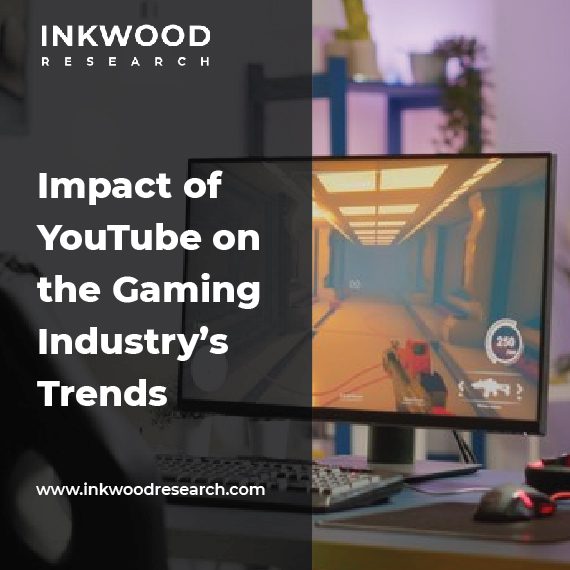 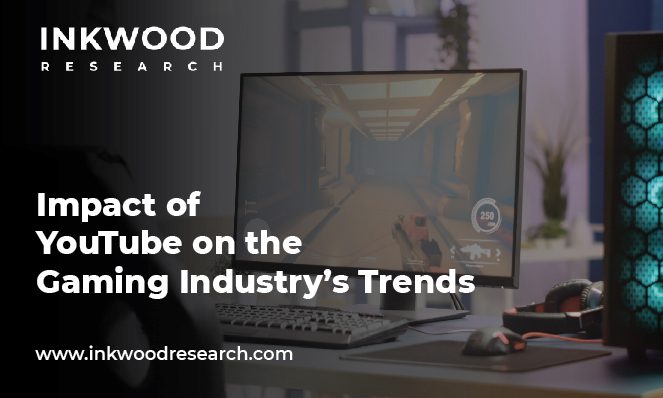 YouTube has significantly impacted gaming culture, with extensive and far-fetched consequences. Game developers, publishers, and distributors offer their products to YouTube for reviewing, often at the expense of gaming media, for numerous reasons. As per Ipsos, nearly 56% of YouTube gamers assert that the platform is where they primarily connect with their gaming community. By socially connecting through reaction videos, walkthroughs, let’s plays, as well as reviews, gamers can enhance their inclination towards the avenue’s recreational aspect, thus proliferating the overall gaming scenario.

Before the emerging popularity of YouTube, millennials proclaimed that they lazed at home for hours playing retro video games, getting through challenging levels in ‘The Adventure of Link’ or ‘Super Mario 64.’ Over the next few years, the gaming market provided users with controllers, age-old Joysticks, and Game Boy data link cables, thus paving the way to multiplayer networking connections and PC LAN parties.

Presently, the trend of virtual platforms is on the rise, especially amid the COVID-19 pandemic, where gamers interact over chat boxes and vlogs to share their experiences within the updated or newer multiplayer gaming versions. From live streaming on YouTube to the let’s plays, where YouTubers play newly released games for the first time and share their experience, the platform has resulted in several gamers deeming traditional text-heavy game reviews outdated and no longer relevant.

In 2020, YouTube Gaming witnessed its biggest year ever, with more than 40 million active gaming channels, combined with nearly 100 billion watch time hours. The platform also reported that creators witnessed tremendous increases in audiences, subscribers, and viewership in the same year. For instance, Minecraft content creator Dream, recorded a surge in channel subscriptions from 1 million in January 2020 to more than 13 million over the next nine months.

Influence of Esports on Gaming and Digital Media

Regardless of the future status of the professional gaming scenario, it is expected that in the next decade, the underlying trends within esports will influence the overall future of games and digital media. Esports is a term used to define competitive video gaming (human-vs-human). It is different from standard video gaming and typically has an appealing spectator element, similar to traditional sports.

The attention set for gaming is not just for individual satisfaction but to determine how the gaming market would pan out. Will it be the next big thing, or will it be the trend topped over the pop culture scenario for just a few years?

Present data suggest that the gaming industry is colossal, lasting for at least ten years. Online streaming platforms, particularly for gaming, surfaced in the last few years in the form of Twitch, YouTube, Meerkat, YouNow, YouTube Gaming, Periscope, and others. While influencers and professional gamers share their video logging (vlogs) about their experience or opinions essentially regarding esports, it helps create several new dimensional possibilities for live viewing. Furthermore, approximately 75% of the YouTube gamers find YouTube gaming setups perfect to learn how to level themselves up and improve their skills in certain games.

The high usage of YouTube as a video platform for the release of music content is gradually being eclipsed by game video content. This aspect facilitates growth-inducing competition among the crowd engaged in generating gameplay circumstances, shared and actively watched by multitudes of consumers. As per the influential YouTube community that constitutes major viewers of gaming setups, evolving or leveling up through video games can be highly challenging. Hence, in order to accomplish such goals, they prefer upscaling their expertise and abilities by implementing different strategies to surpass levels that would subsequently create dynamic gameplays.

Future of Professional Prospects in the Gaming Industry

Numerous professional gamers have been recruited by established companies trending in the gaming market over recent years. For instance, as per Reuters, Richard Tyler Blevins, commonly known by his gaming alias Ninja (NinjasHyper,) was approached in 2019 by the interactive entertainment software company, Electronic Arts. Together, they collaborated to play the game Apex Legends, live-streamed on his Twitch account and promoted through Twitter. Besides, Electronic Arts paid ‘Ninja’ a staggering sum of $1 million for his promotional efforts.

Such cases provide a comprehensive outlook towards the future of the gaming market, further accentuated by game video content shared over social media platforms. As a result, the trend of live game streaming with just a click, coupled with the free availability of open-source capturing and broadcasting tools, has helped acquire substantial profits. YouTube gaming setups also build a potent course of action across social media platforms to reach demographics that are otherwise complicated in terms of approachability via traditional channels.

However, there are serious concerns associated with the impact of YouTube on gaming culture. The platform has a tremendous influence on young minds, and this impact was critically witnessed when a school shooter referenced an eminent YouTuber as he shot people down in a mosque. Besides, the mental and emotional price of the platform, particularly when its trailblazing community is relatively young, certainly requires more attention.