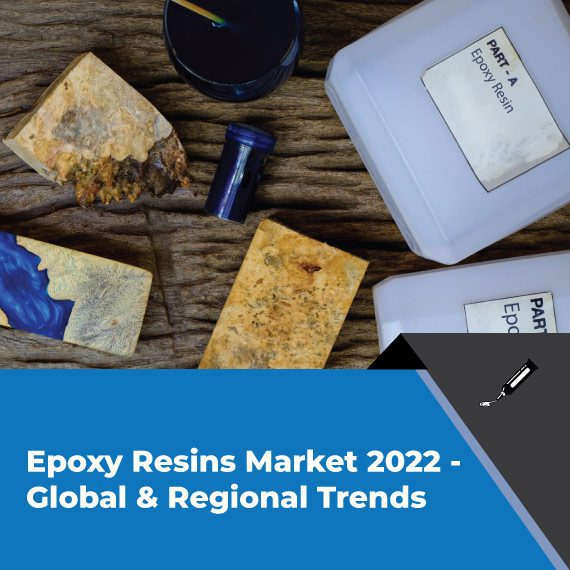 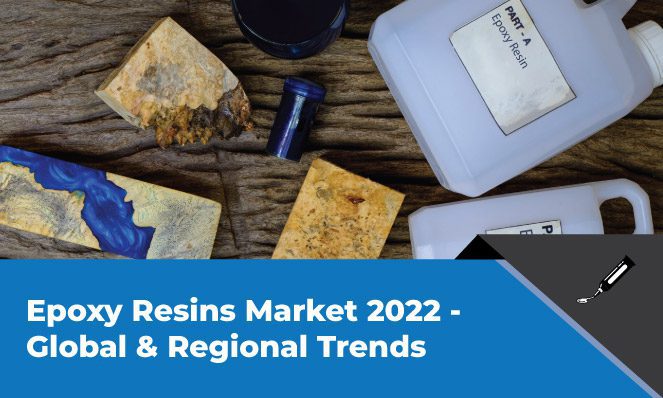 Epoxy resins are characterized as a type of reactive polymer and prepolymer constituting epoxide groups. They react either with themselves in the presence of catalysts or with other co-reactants such as thiols, phenols, and amines, among others.

According to Inkwood Research, the global epoxy resins market is set to grow with a CAGR of 5.65% over the estimated years of 2022 to 2030. The market’s growth is primarily attributed to the development of the wind energy market, the increasing need for epoxy resins in the aerospace industry, and the surging demand for paints & coatings.

How Do Paints & Coatings Influence the Epoxy Resins Market?

Epoxy resins are used as additive resins in several coatings in order to enhance properties such as resistance and adhesion. While major changes have been recorded in the paints & coatings market over the last four decades, the adoption of new coating technologies represents a significant transformation. Coatings offer two principal functions, namely, decoration and protection. Without coatings, the products’ life reduces drastically, and in several cases, they may not be marketable, as well.

On the other hand, approximately 45% of coatings manufactured across the world are utilized to decorate and protect new construction and maintain new structures. The remaining coatings, termed special purpose coatings, are utilized for miscellaneous applications like traffic paints, vehicle refinishing, and high-performance coatings to safeguard marine structures & vessels. Therefore, the surge in application of epoxy resins within the paints & coatings industry, coupled with the rising need for paints & coatings, propels the demand for epoxy resins in the present market scenario.

However, certain properties of epoxy resins, such as lack of insulation and toughness, limit their application across various segments. Therefore, with the advancement of technology as well as recent innovations in the industry, epoxy resins have been modified to meet the demand for specific applications.

Presently, epoxy resins can be modified according to the need of the applications. In this regard, the production of epoxy resins with enhanced toughness, without compromising their mechanical characteristics majorly helps the material’s development. The two main types of epoxy impact modifiers are epoxy flexibilities and epoxy toughening agents. Miscible with uncured epoxy resins, they offer low resin viscosity, integral for affordable and easy processing.

The demand for modified epoxy resins is anticipated to rise extensively owing to the increase in high-performance application areas. These include the surge in innovations within the industry and the high adoption rate of modified resins. As a result, this factor represents a major opportunity area for the global epoxy resins market.

According to the estimations put forth by Inkwood Research, the Europe epoxy resins market is set to progress with the highest CAGR globally during the forecasting period. Although Europe relies on several green energy resources, wind power is the most prominent, especially in terms of maintaining the growing demand for epoxy resins.

As per WindEurope’s Central Scenario, by 2030, 323 GW of cumulative wind energy capacity will be installed in the European Union (EU), leading to more than 50% of the capacity installed in 2016. With this significant capacity, wind energy is anticipated to produce 888 TWh of electricity, equivalent to 30% of the European Union’s total power demand.

On the other hand, the construction industry in Germany is gradually rising, mainly fuelled by the increase in new residential constructions. As the fourth-largest automotive producer globally, the current share of manufacturing in Germany is over 5%. The country is also likely to spend more on public infrastructure, with increased investments through public-private partnerships, primarily at the municipal level. With the development of the construction and automobile industry, the demand for epoxy resins is estimated to record an accelerating trend, thus facilitating the regional market’s growth over the forecast period.

What is the difference between casting resin and epoxy coating resin?

As an inherently flammable polymer, epoxy resin is also accompanied by the release of a significant amount of smoke during combustion. Hence, owing to the potential hazard, the applications of epoxy resins are highly restricted, particularly in electronics and electrical spheres.