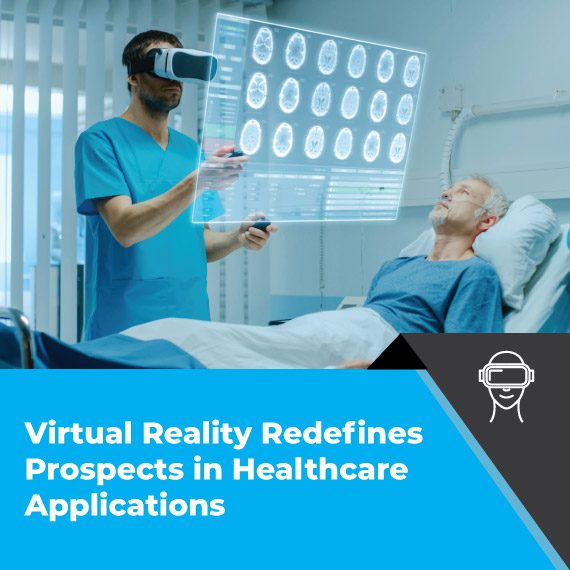 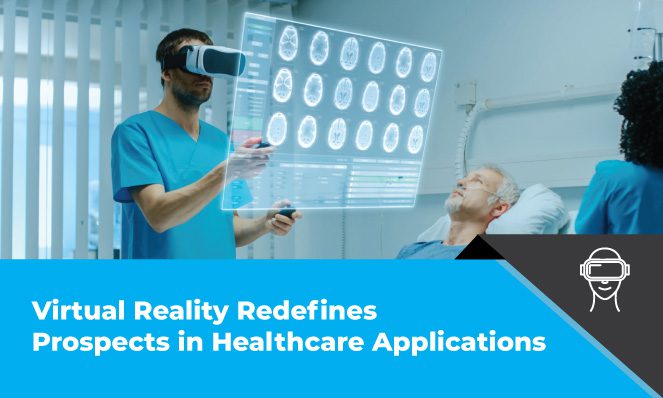 Primarily customized for medical education, the adoption of virtual reality (VR) has enabled healthcare professionals and patients to interact with simulated environments. Estimates suggest the global VR in healthcare market will grow at a CAGR of 30.62% during the forecast years, 2022 to 2030. The market’s notable growth is propelled by the increasing use of VR for training purposes, the rising aging population, and the surge in VR-based start-ups like MindMaze, zSpace, Vicarious Surgical, and Firsthand, among others

Prevalence of VR in Healthcare: Statistics and Growth Analysis

According to research, healthcare is expected to be one of the leading adopters of VR technology. Almost 82% of experts in the medical industry assert that virtual reality creates a convenient approach to learning for practicing students and professionals alike. Likewise, 62% of patients were reported to accept virtual reality healthcare services as an alternative to traditional medical management.

The prevalence of virtual reality in healthcare is reflected in the growing product innovation, key applications in technology, and interference from end-users. Moreover, the adoption of hardware and software as VR-based components plays an essential role in the market. As the leading end-user, the hospitals & clinics segment is set to grow with the highest CAGR. In addition, projectors and displays are set to represent the most widely-adopted form of technology during the forecast years.

Leading contributors to the market, including General Electric, Alphabet Inc (Google), Sony Corporation, and others, aim to expand their global reach by employing comprehensive strategies. These include partnerships & collaborations, and joint ventures with well-established organizations and end-users in the market. For instance, the United States government is encouraging major companies such as Philips Healthcare to build solid research and development bases in VR, thus driving the regional market growth in North America.

Market by Application & Advances of VR in Healthcare

The architecture of VR applications in the healthcare industry primarily depends on their adoption in medical facilities, educational centers, and surgical fields. In this regard, applications, such as dentistry, autism treatment, and phobia treatment, are gradually being explored, thus generating lucrative opportunities for the market.

As per the World Health Organization (WHO), the expenditure on healthcare globally more than doubled over the last 20 years. This is primarily accredited to the rise in government spending, particularly in upper-middle and high-income countries. Hence, the growth in medical expenditure is set to generate opportunities like the introduction and upgradation of VR-based technologies for education and training in healthcare.

By practicing in a VR-3D environment, employees can modify their skills and start the job with a near-perfect command, thus providing the global VR in healthcare market with numerous growth prospects.

Key developments by leading players in VR for medical training include:

However, these opportunities can advance further primarily with the presence of skilled professionals. Hence, in order to overcome the shortage of experienced personnel in healthcare centers, workforce planning and active partnerships from the tertiary education sector as well as other national bodies are pivotal.

What is the role of research laboratories in the global VR in healthcare market?

State a key example of VR-based hardware for surgeries and rehabilitation.