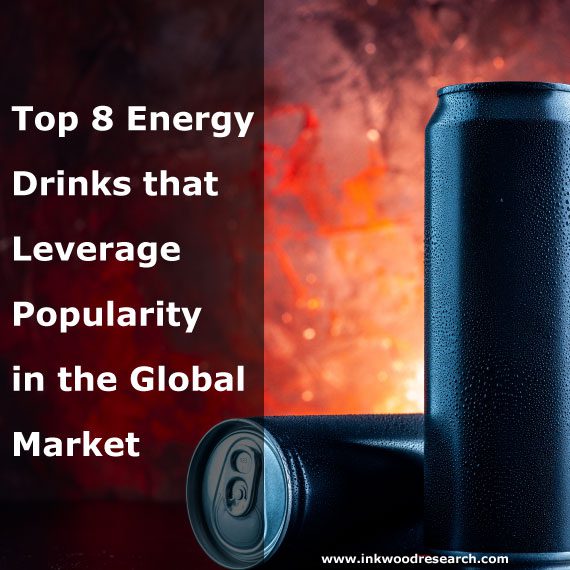 Top 8 Energy Drinks that Leverage Popularity in the Global Market

Energy drinks, as the name suggests, are beverages containing a high amount of stimulants, mainly caffeine and sugar. Amino acids and B vitamins are other essential ingredients found in energy drinks. It aims to improve physical performance and mental alertness. The manufacturers of these drinks claim their products to provide an instant zap of energy, which would help them function more efficiently throughout the day. Though these drinks may not necessarily be detrimental to the body, they should not be consumed in excess, as these drinks are not a natural substitute either. 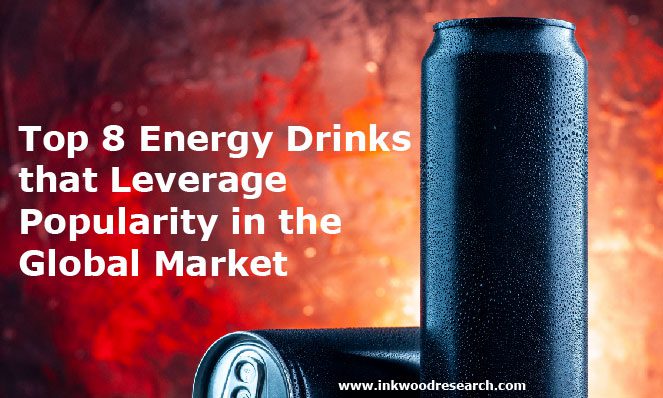 Here is the list of the Popular Energy Drinks that Leverage the Global Market:

Red Bull is perhaps the most widely consumed energy drink in the world. Dietrich Mateschitz, the co-founder of the Austria-based company, was inspired to make this drink after coming across Krating Daeng, a popular energy-boosting beverage in Thailand. The primary ingredient used in making the drink are taurine, an amino acid first found in bulls; caffeine, B vitamins, and sugar. One can of Red Bull (approx. 258 g) typically contains 117 calories, with 250% vitamin B-6. Makers of Red Bull claim that the beverage vitalizes the body and mind. It is available in many variants, such as Red Bull Sugar-free, Red Bull Zero Calories, and Red Bull Cola.

Monster Energy is an energy drink produced by Monster Beverage Corp., a well-known manufacturer and distributor of a wide range of energy drinks. The beverage comes a close second to Red Bull, considering the sales. Taurine, caffeine, sodium citrate, Panax ginseng root extract, L-tartrate, L-carnitine, and guarana seed extract, among others, are some of the key ingredients used to produce the drink. One serving of the beverage (approx. 240 g) contains 101 calories, 180 mg sodium, 27 g total carbohydrates, and 86.4 mg caffeine, with 100% vitamin B-6. There are two variants of this drink, namely Monster Energy and Monster Energy Ultra.

Rockstar is a beverage produced by the US-based privately held firm Rockstar, Inc. It was marketed as a drink preferred mostly by rock stars, hence the name. The company was the first to introduce its products in 16- and 24-ounce can sizes. Rockstar ranks as the third widest-consumed energy drink. Its product line contains over 20 different flavors, including Rockstar Original, Rockstar Sugar-free, Rockstar Pure Zero, Rockstar XDurance, Rockstar Recovery, Rockstar Hardcore, Rockstar Organic, and Rockstar Boom. Caffeine, Carbonated Water, Taurine, Natural and Artificial Flavors, Sorbic Acid, Ginkgo Biloba Leaf Extract, and L-Carnitine are essential ingredients used to produce the drink. The company removed sodium benzoate from its ingredients list when found to be potentially harmful. Milk thistle was later added to the list, which is claimed to ease hangovers.

Eastroc Super Drink is the brainchild of the China-based Shenzhen Eastroc Beverage Co., Ltd. It is the third-highest-selling energy drink in the country. Shenzhen is the first company in China’s energy drinks market that introduced functional beverages in its product portfolio. It received approval from China’s National Health and Family Planning Commission for being safe for consumption. Eastroc Super Drink is made of taurine, sugar, caffeine, lysine, malic acid, and inositol, among others.

Lucozade is a popular energy drink manufactured by Japan’s Suntory Holdings Limited. The brand was originally developed in the UK by pharmacist William Walker Hunter. It was earlier advertised as ‘Lucozade Aids Recovery,’ as it was given to children who fell sick. The glucose-water solution was later rebranded as a pick-me-up product. The product is known for its slight citric taste and is now available in a variety of flavors. The citric taste of the product is attributable to the high percentage of Vitamin C contained in it. One can of Lucozade (approx. 330 g) contains 198 calories, 58 g of total carbohydrates, 37 g of sugar, and 26.4mg of vitamin C.

5-hour ENERGY is manufactured by Michigan-based Living Essentials, which produces and distributes energy drinks and health products. The drink is made of taurine, malic acid, glucuronic acid, L-phenylalanine, L-tyrosine, caffeine, citicoline, Niacin, and folic acid, among others. One serving of 5-hour ENERGY has 4 calories, 200 mg caffeine, and zero sugar. The most striking feature of this product is it does not taste like a typical energy drink and is an excellent option for those who are averse to the characteristic taste of energy drinks.

Manufactured by CytoSport, the American sports-related nutritional product manufacturer, the Fast Twitch RTD is a favorite of gym-goers and weightlifters. Taurine and glucuronolactone are the primary ingredients of this product. It also contains glycocyamine, L-arginine, and L-citrulline, along with vitamins C, E, B-6, B-12, and sodium. Fast Twitch RTD contains 200 mg caffeine and less than 1 g of total carbohydrates. The CytoSport Fast Twitch RTD is sugar-free.

Over the past few years, It has been observed that the demand for energy drinks and related products has escalated at an alarming rate. This is attributed to the growth of sports as a profession and changing lifestyles. Hence, based on our research, we estimate that the global energy drinks market will continue its performance trend at 7.08% of CAGR between 2019 and 2027.