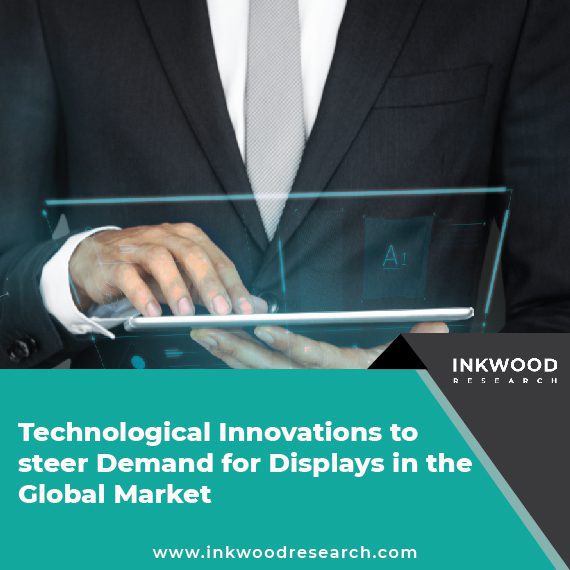 Technological Innovations to steer Demand for Displays in the Global Market

The smartphone is one of the largest revenue-generating applications in the global display market. These mobile operating systems have an OLED or LED touchscreen display with a rechargeable battery, processor, and graphical user interface.

Consumers are increasingly demanding high-quality displays in smartphones for enhanced convenience features. Also, there is increased smartphone penetration in the developing countries of the Middle East & Africa, South America, and Asia-Pacific. 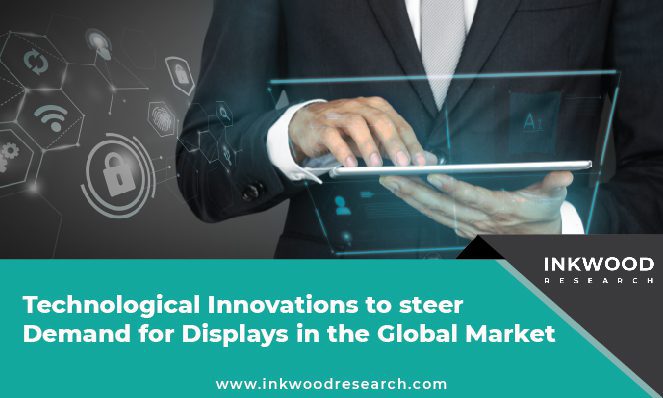 Display screens use several technologies increasingly adopted in consumer electronic devices like smartphones, smartwatches, laptops, TVs, etc. The display is one of the key parameters’ consumers prioritize while buying a new mobile device. This is because the display screens interact with the software and enhance the user experience.

Display screens have evolved over the years from black-and-white passive matrix screens to flexible screens. With regard to smartphones, the six current main display types include:

AMOLED or Active-Matrix Organic Light Emitting Diode is a popular display technology among smartphone manufacturers. It is an upgraded iteration of OLED technology with improved properties, featuring quality and response time. The signature characteristic of AMOLED screens is the presentation of the images with exceptional pixels, integrated with enhanced brightness and sharpness. AMOLED display technology was designed to provide a brilliant quality feature, which has boosted its rapid adoption in the smartphone world, thereby becoming a choice display for high-end smartphones.

Super AMOLED is a marketing term by Samsung for AMOLED displays with integrated touch screen digitizers. Such displays are built with touch sensors placed on the display itself instead of designing a separate touch-sensitive layer. As a result, it is the thinnest technology in the market, requiring less power. In addition, these displays withstand sunlight better than AMOLED displays. At present, these are used only in Samsung devices.

OLED is a relatively new technology in the smartphone display market that has raised touchscreen technology standards to a new level. OLED, also known as Organic Light Emitting Diode, consists of carbon-based organic material packed between two sheets, namely anode and cathode. These two sheets are again squeezed amid two glass plates, one at the top and another at the bottom, also termed seal and substrate. The prime advantages of this technology are the fabrication of brilliant bright colors and wider viewing angles, making it the most preferred choice for high-end smartphones.

Capacitive touch screen technology, a four-layer composite glass screen, functions on the human body’s current induction. The interlayer and inner surface of the glass screen are coated with one layer of ITO, respectively. The capacitive touchscreen panel requires a special capacitive glove, pen, or finger touch. The panel can store electrical charges, and upon touch, a minute amount of charge is drawn to the point of contact, thereby becoming a functional capacitor.

TFT LCD, also known as Thin Film Transistor Liquid Crystal Display, is the cheapest LCD in the smartphone market. Therefore, the technology has gained full recognition as it is used in entry-level, low-end phones, and is thus, cost-effective. The advantages of TFT LCD include a low budget production and high contrast ratio. However, consumers of this technology suffer from poor visibility in areas with direct sunlight or excessive light.

IPS-LCD is an abbreviation for In-Place Switching Liquid Crystal Display. It is superior to the TFT due to wider screening angles and less power consumption. As the production cost of IPS-LCD is high, it is commonly equipped in the top range of smartphones like Apple. Its primary features include excellent picture quality and upgraded battery life.

Of the aforementioned smartphone display technologies, LCDs of both types (TFT and IPS) are the most common types utilized by a vast pool of smartphone manufacturers. While, on the other hand, it is the OLEDs screens that lead the flagship market. However, the high costs of OLED and AMOLED displays deter its broader adoption in the smartphone display market.

The consumption of smartphones is estimated to soar in the coming years. Also, display screens have now become a source of infotainment. They also play an important role in smartphone hardware. Besides, the consumers, with regard to smartphone displays, demand features like blur-free video and vibrant images, similar to computer screens.

Further, OLED has emerged as the leading smartphone display technology among advanced displays. As a result, the increasing use of OLED and flexible screens is projected to offer growth opportunities for the display market.