The North America electric power distribution automation systems market is predicted to rise with a 5.89% CAGR during the forecasted period of 2022 to 2030, acquiring a revenue share of $14126.71 million by 2030.

The North America electric power distribution automation systems market is predicted to rise with a 5.89% CAGR during the forecasted period of 2022 to 2030, acquiring a revenue share of $14126.71 million by 2030.

The market growth of the region is fuelled by the increasing energy consumption in the commercial and residential sectors, as well as the growing production demand in terms of the formation of turbines and wind energy. However, the North America electric power distribution automation systems market is likely to be negatively impacted by the sufficiency of electricity. 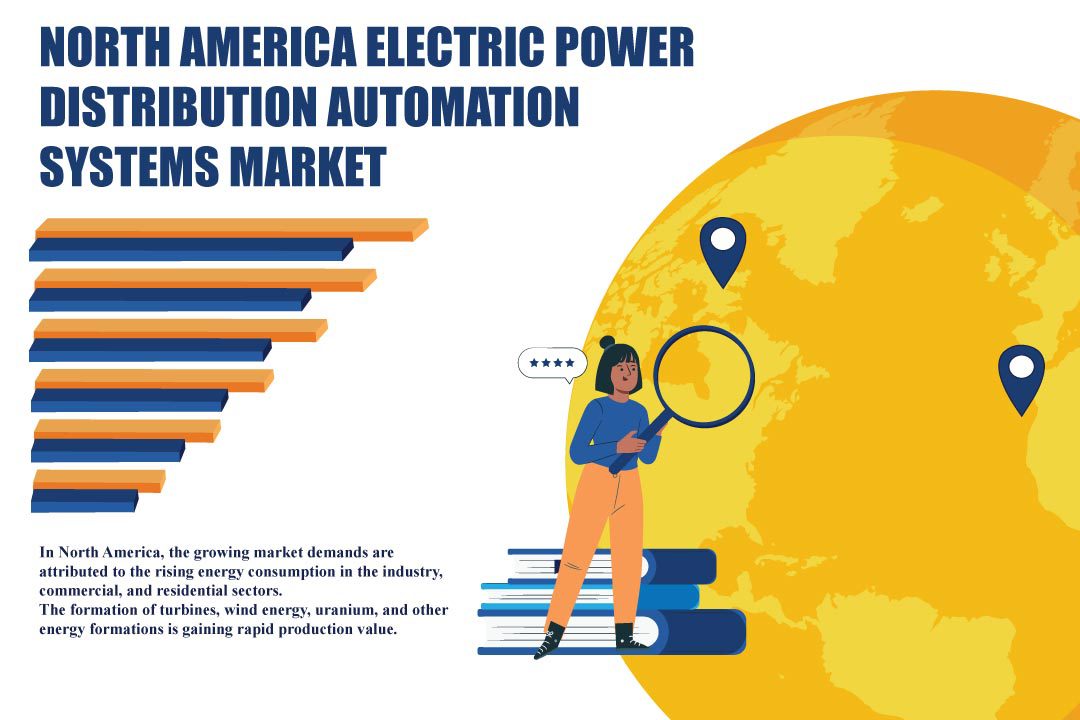 On the other hand, the growth of smart homes in the United States can be primarily accredited to key factors such as safety and security, consumer convenience, and the rising need for energy-efficient living. This aspect adds significant importance to electricity distribution automation in the nation. Furthermore, the rise in applications of smart electrical grids as well as smart meters, primarily as a part of the United States government’s efficient energy management initiatives, further propel the adoption of electric power distribution automation systems.

The North America electric power distribution automation systems market is segmented into end-user and implementation. The end-user category is further classified into industrial, residential, and commercial. For management and production activities, industrial units predominantly depend on an efficient flow of power. Electricity is delivered to an industrial electric power distribution system by means of private and public utilities. Moreover, the power delivered to different units fluctuates based on the system’s power availability.

In commercial power systems, multiple customers share power from a common transformer within a complex or park. This is accredited to various reasons such as minimal load demand, high cost for purchasing individual transformers and power supply, space constraints, and others.

ABB Ltd, headquartered in Switzerland, is an international provider of power and automation technologies. It mainly offers systems, products, as well as solutions, and services in order to enhance productivity, improve energy efficiency, and increase power reliability. The company caters to gas and water utilities, electric and industrial as well as commercial customers.

The company’s product ABB Ability™ Symphony® Plus is a distributed control system (DCS) developed to maximize plant reliability and efficiency through integration, automation, and optimization of the entire plant.

FIGURE 1: PATENT APPLICANTS IN THE ELECTRICITY SECTOR BEFORE & AFTER THE COVID-19 OUTBREAK