The market growth of the region is fueled by the increasing demand, production, and consumption of petroleum, crude oil, and base oil as well as base oil products, the presence of prominent industry leaders, and the rise in strategic initiatives aimed at boosting base oil developments.

However, the North America base oil market may by hindered by environmental concerns, the surging costs of extracting oil sands, and high royalty as well as tax payments. 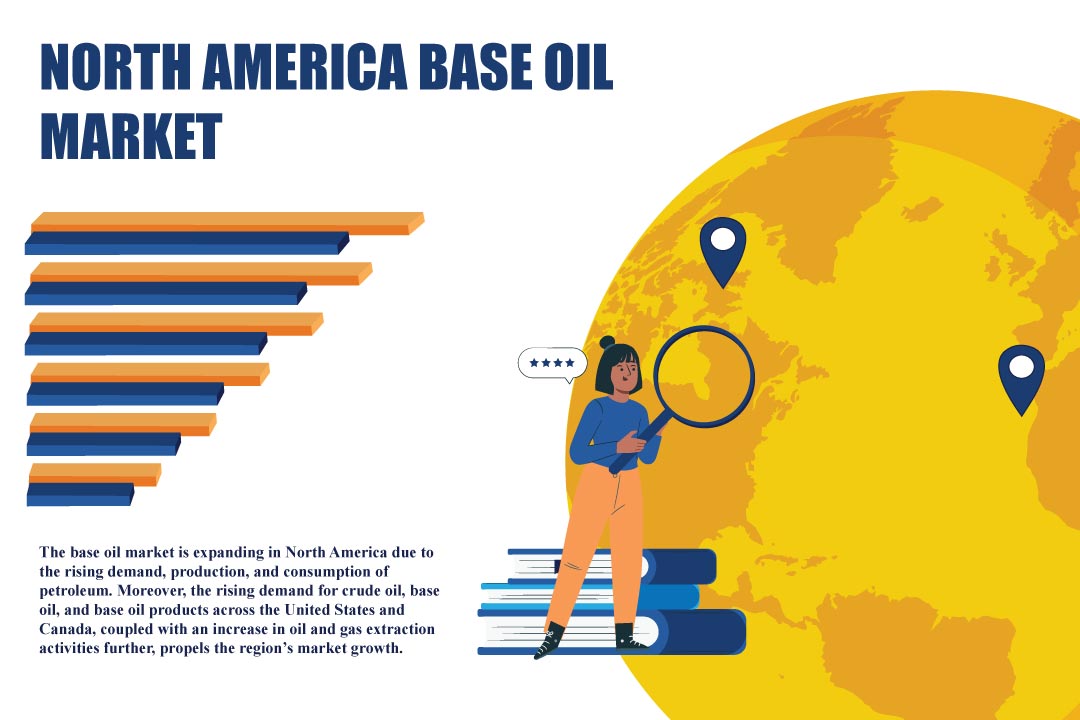 On the other hand, market players across the United States are focused on undertaking a wide range of strategic initiatives aimed at bolstering the development of base oil. For example, in 2022, Safety-Kleen, a United States-based recycler of used oil, launched KLEEN+™. As a new family of base oil grades, it lowers the environmental impact of industrial as well as automotive lubricants through the reduction of carbon footprint. As a result, these factors are set to propel the base oil market growth in North America over the forecast years.

The North America base oil market is primarily segmented into group and application. The group category is further classified into group I, group III, group II, group IV, and group V. Group I base oils are characterized as base oils with lower than 90% saturates, a viscosity index ranging from 80 to 120, and more than 0.03% sulfur. Moreover, the temperature range for group I oils is between 32 to 150 degrees Fahrenheit. Since they are solvent refined, the simpler refining process results in their increased affordability.

Group II base oils have more than 90% saturates, lower than 0.03% sulfur, and a viscosity index ranging between 80 and 120. Group II base oils are manufactured by hydrocracking, a complex process compared to the one utilized for group I base oils.

Exxon Mobil Corporation, headquartered in the United States, is a multinational oil and gas corporation. Its primary brands include Exxon, Mobil, Esso, and ExxonMobil Chemical, engaged in businesses such as synthetic rubber, plastic, and other chemical products.

The company’s Escaid™ base fluids perform under tough drilling conditions while meeting health, safety, as well as environmental requirements.