UAVs, also known as drones, are a part of unmanned aircraft systems that operate without the presence of a human pilot. They come in sizes ranging from large-scale to hand-launched micro-UAVs, electric motors, or internal combustion engines. The most common power method in micro-UAVs and smaller format UAVs are lithium-ion battery configurations to generate power for the electric motors. Common requirements for UAV batteries include high discharge rates, energy/weight ratio, resilience to vibration and shock, and indicate remaining mission time of fuel gauging. 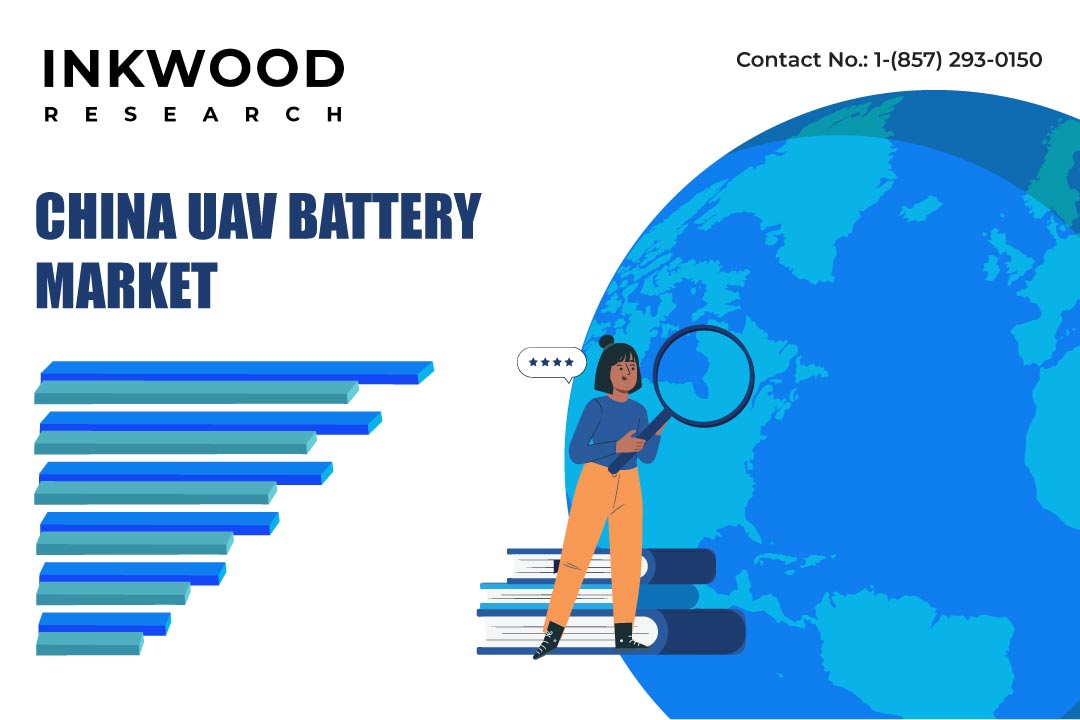 The China UAV battery market growth is primarily driven by Asia-Pacific’s highest military & defense budget, along with the initiatives taken by the government institutions operating in the country. As per World Bank, China has the second highest defense & military budget across the globe. The official Chinese defense budget for 2021, which the central government approved, accounted for $293 billion in 2021. Therefore, high-value government investments are anticipated to support the market growth in the country.

There are several categories into which fuel cells can be subdivided, including alkaline FC (AFC), proton exchange membrane (PEM) FC, electric storage FC (ESFC), solid acid FC (SAFC), high-temperature FC (HTFC), and phosphoric acid FC (PAFC). These FCs can store energy up to 150 times more efficiently than a Li-Po battery. Recently, a hand-launchable fixed-wing unmanned aerial vehicle (UAV) with a 500 km range and a 10-hour flight time has been created.

In another drone design, hydrogen is stored inside the body’s hollow structure rather than air, eliminating the weight that hydrogen is typically stored with. They have several benefits for drones, including minimal noise, no direct pollution, high energy density, and immediate recharge. The drone size is substantially bigger than typical battery-powered drones, running costs rely on the price of hydrogen gas, and the drone’s design is constrained by the size of the hydrogen gas tank.

Tattu High Voltage Drone Battery from Shenzhen Grepow is a popular drone battery. The single LiPo cell can be charged to 4.4V and has an additional 15% capacity and a super long combat time and cycle life. A unique flying experience is provided by superior and reliable performance. On the other hand, the Tattu Pro is designed for 12S and 14S power systems that support 3C fast charging and has a lifespan of over 600 hours. The Tattu Pro batteries have better heat dissipation and waterproof performance due to their improved structure design.