Growing demand for UAV applications such as delivery, agriculture, healthcare, transportation, etc., is expected to enable the market growth of UAV batteries in Asia-Pacific. Due to the rising demand for long-range and long-endurance battery systems, major regional players’ innovative battery technology is expected to drive the market surge. Further, research and development in battery technology, such as fuel cells and solar power, are expected to enable market growth in Asia-Pacific. 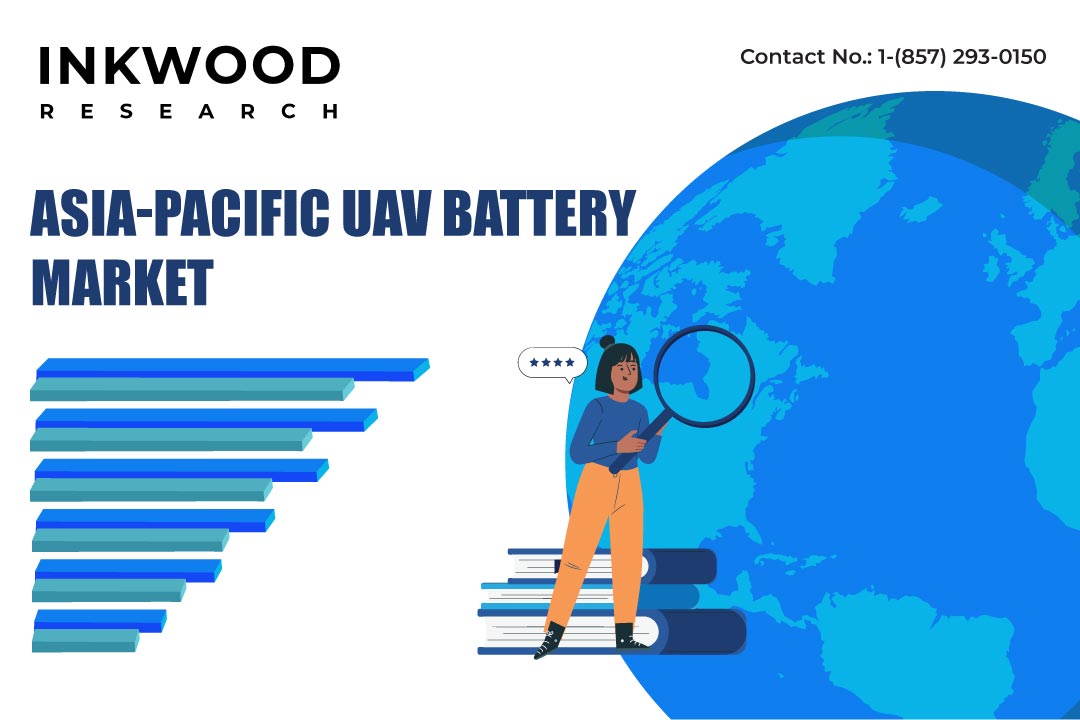 The Asia-Pacific UAV battery market growth assessment includes the analysis of Thailand, China, Vietnam, India, Japan, South Korea, Australia & New Zealand, Indonesia, and Rest of World. Japan’s unmanned aerial vehicle (UAV) market is mainly driven by escalating utility of UAV drones for monitoring agricultural lands and crop inspection in the country. Drones can reduce agricultural work and promote data-based agriculture, which is impactful in influencing the adoption of UAVs by the farmers operating their agricultural operations in the country’s urban and rural provinces.

Further, Japan frequently faces numerous natural calamities such as floods, earthquakes, and tsunamis. Therefore, UAVs act as promising solutions which can provide real-time image data of the damaged or affected area. As per industry sources, there is a big potential for Swiss SMEs in Japan that produce drones equipped with high-sensitivity sensors or more robust than conventional ones and can carry heavy items safely. Thus, a demand for UAV batteries is also expected in Japan, owing to the rise in applications in different sectors.

On the other hand, India’s Defense Research and Development Organization (DRDO) has also developed its unmanned aircraft systems (UAS) or domestic unmanned aerial vehicle (UAV) programs. The project aims to augment the existing fleet and domestic arsenals to replace unmanned vehicles, which is expected to create demand for UAV batteries and thus a driver of growth in the India UAV battery market.

Sales of UAVs have increased for consumer end-users due to rising interest in personal use. Several startups have made significant investments in the sector due to the rising demand for UAVs for various consumer applications. The UAV battery industry has also grown very active, with many prospects for established and new competitors. The demand is also rising significantly faster due to new, innovative UAV applications in the consumer sector. These rising applications are thus raising the demand for UAV batteries, further prompting market growth.

On the other hand, commercial end users have significantly bolstered sales of UAVs. Several startups are making investments in the sector as a result of the rising demand for UAVs for a variety of commercial applications. The UAV battery industry has also grown very active, with many prospects for established and new competitors. The demand for UAV batteries is rising significantly faster due to new, innovative UAV applications.

Some of the leading players in the Asia-Pacific UAV battery market include HES Energy Systems, Shenzhen Grepow Battery, Doosan, etc.