The Asia-Pacific electric power distribution automation systems market is predicted to register a CAGR of 8.34% during the forecasted years 2022 to 2030, capturing a revenue share of $11950.57 million by 2030.

The Asia-Pacific electric power distribution automation systems market is predicted to register a CAGR of 8.34% during the forecasted years 2022 to 2030, capturing a revenue share of $11950.57 million by 2030.

The market’s growth is mainly credited to the increasing electricity demand in developing countries, the rising population, and rapid urbanization in India as well as China. However, the lack in the development of skilled labor may hinder the Asia-Pacific electric power distribution automation systems market growth. 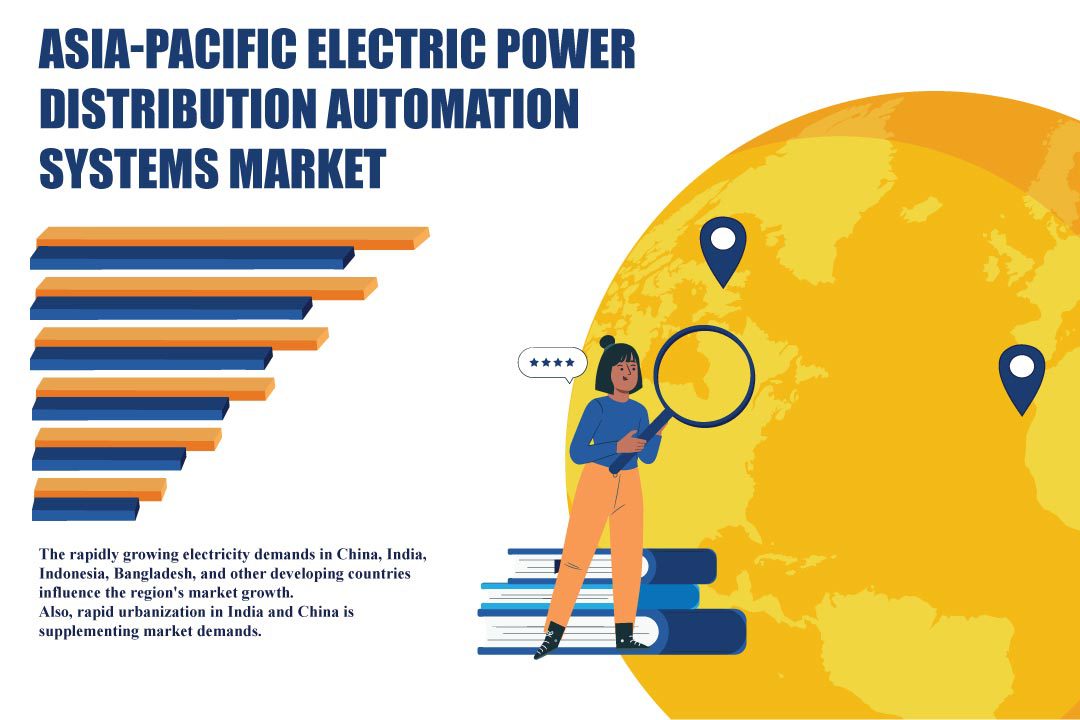 Energy is a cyclical sector that is sensitive to changes in the broader economy. Aligning with this, China’s efforts to stabilize the economy in 2022 will be crucial for sustaining the demand as well as consumption of energy. Furthermore, the complex structure of power sector planning is currently in need of automation across China. As a result, the country’s rising distribution grid power is set to fuel the importance of distribution automation systems in the region.

On the other hand, power distribution in India is not only crucial but also the weakest link within the country’s electricity supply chain. Besides, it assumes great significance as the segment has a direct impact on the commercial viability of the sector and ultimately on consumers paying for power services. However, the sector has been plagued by major distribution losses, in addition to theft of electricity, the poor financial health of utilities with lower cost recovery, and minimal metering levels. Hence, these factors are expected to increase the demand for electric power distribution automation systems in the region, thus facilitating the market’s growth.

Mitsubishi Electric Corporation, headquartered in Japan, is mainly involved in the manufacture, development, and marketing of electronic and electric equipment utilized in electric and energy systems, information and communication systems, industrial automation, electronic devices, as well as home appliances. The company operates in North America, Asia, and Europe.

FIGURE 1: PATENT APPLICANTS IN THE ELECTRICITY SECTOR BEFORE & AFTER THE COVID-19 OUTBREAK