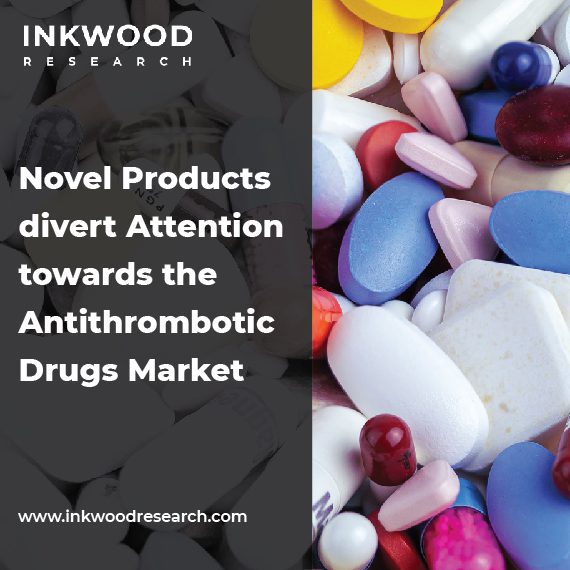 Since the 1930s, antithrombotic therapy has been used as the key medical therapy for treating thrombotic diseases. Studies have stated that venous or arterial thrombosis is one of the leading causes of mobility and mortality worldwide. However, the implementation of these drugs has led to one of the terrified iatrogenic illnesses. Over the years, developments have risen potential improvements in medications with regards to the ability to eradicate or cause no bleeding.

In comparison with traditional therapies, varied novel products are developed, including enhanced drugs action and clinical profiles. Moreover, the conclusion of a wide range of research with evidence has defined the functioning of Factor X that can prevent coagulation by abbreviating the formation of thrombus without the danger of bleeding. Thus, Factor X is under detailed examination to develop novel anticoagulant therapies. 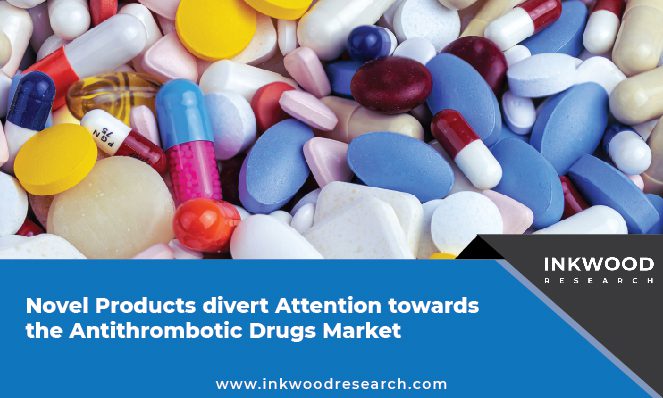 Governments worldwide are formulating several healthcare policies and initiating programs to make the country healthy. The prime contributor to this attention is the growing aging population, leading to a surge in surgeries that boosted the demand for NOACS. Our estimations suggest that the global antithrombotic drugs market will witness a growth rate of 6.79% between 2019 and 2027.

Below is the list of some Top Products from the Above Three Classes that are leading the Global Antithrombotic Drugs Market:

In terms of revenue, Xarelto is known to hold the best performance in the market. This thrombin inhibitor is part of a drug class – direct factor XA inhibitors. The product is marketed by Bayer across the globe, and another company, Jansen Pharmaceutical, markets in the United States. Currently, Xarelto is a patent-protected product that expires in 2022 and 2024, specifically in the U.S. The product is also said to be safeguarded from the threat of generic competition, therefore, to witness blooming prospects in the future.

Eliquis is another leading factor XA inhibitor, holding a majority market share in terms of revenue. The product is marketed by two companies: Bristol-Myers Squib and Pfizer. Eliquis holds its patent protection till 2023 in the United States and by 2022 in the EU. In addition, Eliquis is also anticipated to continue its revenue lead over the coming years.

Over a period of time, Pradaxa is one to be the most known direct thrombin inhibitor drug on the market. On the contrary, the product sale has seen a slack due to the emergence of other thrombin inhibitors. The company marketing Pradaxa is Boehringer Ingelheim. The product generated a revenue of $1.8 billion in 2015 and is projected to grow steadily in the coming years. Pradaxa patent expired on July 17, 2021.

Lovenox is an anticoagulant drug marketed and commercialized by Sanofi. It is low molecular weight heparin, indicated for the prophylaxis of deep vein thrombosis. It also helps prevent pulmonary embolism in patients with knee/hip replacement and abdominal surgeries or medical patients with severely restricted mobility during acute illness. However, the patent expiration of Lovenox in 2012 has led to a strong decline in its revenue sales.

Plavix was jointly developed and marketed by Sanofi and Bristol-Myers Squibb. The drug’s patent expired in 2012, which is responsible for the major decline in its revenues. Plavix and its generic versions earned revenues of $2.2 billion in 2015, but its revenue graph is expected to witness a further decrease in the coming years.

The key concern acknowledged by the operating players in the market is the safety of the antithrombotic drugs, obligated to its precarious aftermath, including liver damage, burning sensation, itching etc. Hence, the companies are striving for technological innovations to completely eradicate these allergic reactions from the drugs, making them safer.