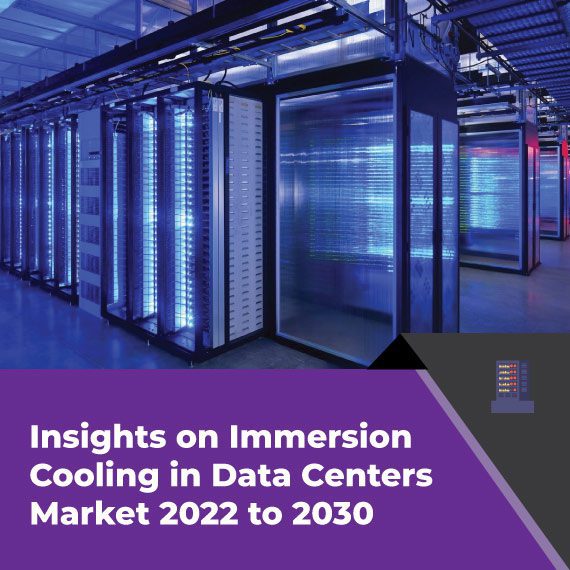 Insights on Immersion Cooling in Data Centers Market 2022 to 2030 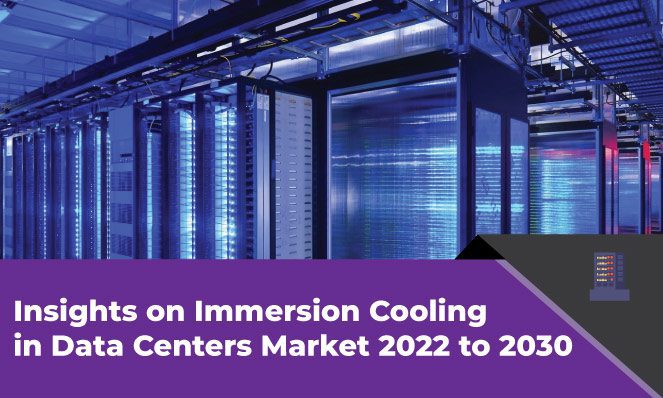 Immersion cooling is a pivotal part of thermal management for AI chips in data centers. According to Inkwood Research, the global immersion cooling in data centers market is projected to grow with a CAGR of 16.04% between 2022 and 2030. The market is expected to surge owing to the adoption of machine learning, edge computing, artificial intelligence, and several other factors.

Immersion cooling, an IT cooling practice, submerges electronics and other IT components, including storage devices and complete servers, into a dielectric, thermally conductive coolant. The heat exchangers are cooled by circulating liquid into hot components, removing heat from the system. Moreover, suitable immersion cooling fluids have excellent insulating properties to ensure safe contact with energized electronic components.

The immersion cooling industry is rapidly surging owing to the increasing global opportunities provided by the governments in the form of tax benefits. In addition, the adoption of greener and energy-efficient cooling alternatives in the data centers is also propelling market growth.

Immersion cooling is widely adopted in various industries globally due to its energy efficiency in every market scale, with most shares owned by the IT & Telecom segment. However, data centers in automotive, retail, manufacturing, and government & public sectors also project potential to grow during the forecast years.

For instance, data centers are at the core of the automotive industry as energy efficiency in performances, and an AI-driven computing infrastructure has become essential for most autonomous vehicles. Moreover, the industry is trending towards a more traditional and incremental change resulting in innovations of immersion cooling systems for market use. For instance, TMGcore has recently launched a 100 OIU capacity two-phase liquid immersion cooling data center added with 600kW fully integrated turnkey, deployable in every environment. These new technologies will facilitate market growth in the automotive sector.

On the other hand, immersion cooling systems are employed in data centers where retailing data is stored. Upstacks, a fast-growing business-design platform, has recently announced a strategic partnership with Wyoming Hyperscale White Box LLC to have early access and secure space in their cluster to create the most sustainable high-density data center. Such collaborations will promote the market’s growth.

Furthermore, coolants are adopted by the data centers in the government sector comprising the state, federal, and municipal governments. Immersion cooling systems are used in these data centers to store government data and public information on their servers. In addition, this category also includes other autonomous entities, such as the Financial Services Authority and the Central Bank. To illustrate, in collaboration with ZR Power Holdings, the Maharashtra government invested over $17 billion to develop a large data center in Navi Mumbai, India. This step will further the immersion cooling market in the country.

The requirement for power density has significantly increased in the past two decades. According to a research report published in 2014 by Colocation America, the power density of a single rack cabinet in data centers, which was approximately 6kW in 2008, had reached 12kW in 2016. By 2020, the power density reached around 20kW. Therefore, it is evident that the rapid growth of power density in data centers has become important for enterprises to find new and more effective ways to address the cooling, power, and space challenges that follow them.

Also, accelerator processors are making their way into the enterprise data center. Technologies that operate at zero latency handle information at astronomical rates with the assistance of accelerated systems, meeting the needs of all latency-sensitive services. These hardware accelerators have greater cooling requirements, requiring up to 200W for cooling. When combined with a high-performance server, the cooling need of an individual system can be nearly 1kW. Hence, high-performance in minimal space utilization can be achieved through immersive cooling, which further creates opportunities for market growth worldwide.

Yes, immersion cooling is an extremely safe and effective way to remove heat from IT equipment.

Why is cooling essential for data centers?

The data center must maintain optimal server hardware and room temperature for maintaining optimal performance of the computing infrastructure. The cooling system is essential to draw heat from data center equipment and its surrounding environment.