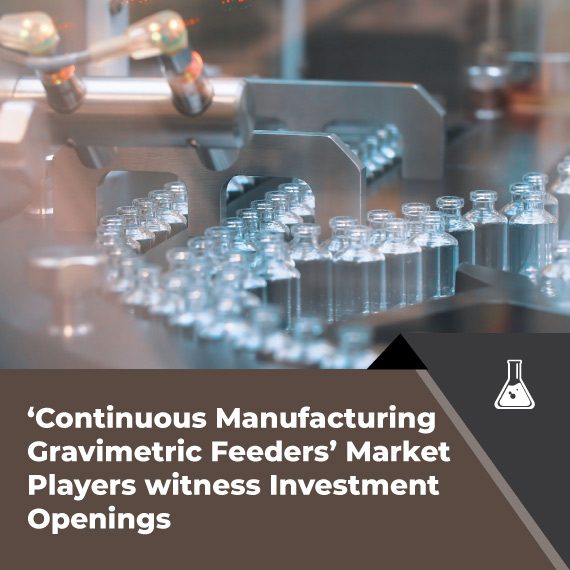 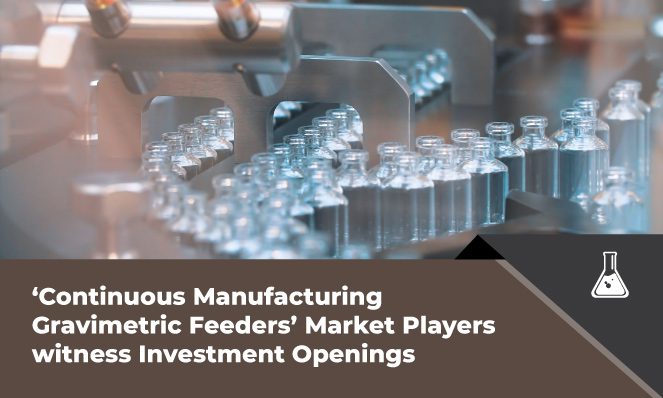 A feeder is an equipment piece that feeds liquids, granules, pellets, and other materials at a steady flow. Gravimetric feeders provide continuous high precision feeding using PI control. They are employed in the mining & metallurgy, plastics, chemicals, food & beverage, and pharmaceutical sectors.

Inkwood Research anticipates the global continuous manufacturing gravimetric feeder market to be valued at $863.84 million in revenue by 2030, growing at a CAGR of 6.91% during the forecast period. The expanding manufacturing industry in the developing nations, which has played a significant role in propelling global GDP growth over the years, boosts the market. Additionally, a wide range of industries, including automotive and pharmaceutical, have benefited from precision manufacturing, which deploys gravimetric feeders on large scales, increasing its demands globally.

Our study for the global continuous manufacturing gravimetric feeders market includes segmentation analysis based on type and end-user.

The end-user segment is evaluated to understand the relevance of gravimetric feeders in various industries, such as construction, mining & metallurgy, pharmaceutical, food & beverages, plastics, and chemicals.

Gravimetric feeders play a significant role in the pharmaceutical industry as they enhance and expedite the granulation process to manufacture tablets and pellets, which drive the demand for feeders. Besides, large multinational corporations employ gravimetric feeders to exhibit vertical integration, manufacturing, quality control, research & development, sales, marketing, and distribution.

Food & beverage will incur the highest revenue share by 2030

The market growth is attributed to the use of gravimetric feeders in processing industrial-scale food manufacturing, ranging from simple ovens and conveyor belts to complicated bottling and packaging machinery. They are also employed to produce muesli bars, cereals, diet breakfast drinks, etc. thus, the growing consumption due to the rapid increase in population will favor the demand for gravimetric feeders globally.

However, gravimetric feeders are frequently required to commit to extremely high dosage accuracy. This requirement for consistency necessitates using a high-resolution and reliable weighing system that remains unaffected by environmental variables. In addition, various factors such as changes in ingredient supplier, storage, temperature, or transportation methods may eventually restrict the feeder speed or weight loss per screw rotation. Moreover, gravimetric feeders are more costly than their alternatives. These shortcomings will hinder the global market growth.

Manufacturing plays a vital role in both emerging and advanced economies. It employs around 14% of the worldwide workforce and accounts for about 16% of global GDP. Asia-Pacific is expected to propel with the highest CAGR in the global continuous manufacturing gravimetric feeder market by 2030. The manufacturing industry in the region is growing significantly as China and Taiwan have experienced strong and rapid growth. Besides, India has become the fastest expanding manufacturing economy in the region owing to the ‘Make in India’ program launched by the government to establish the country as a worldwide manufacturing center. Also, India offers one of the most lucrative corporate income tax rates for investments in manufacturing and services.

On the other hand, Europe is experiencing a massive surge in demand for gravimetric feeders. This is due to the advent of the Industry 4.0 strategy to advance the manufacturing industry in the region. As a result, several countries have established special economic zones, drawing in investments and assisting the expansion of the industry. Italy and Germany hold the majority of the total revenue of the Europe continuous manufacturing gravimetric feeder market, followed by France and the United Kingdom. The market in these countries is majorly driven by a strong presence of leading manufacturing companies, like GlaxoSmithKline, Unilever, Rio Tinto, AstraZeneca, FLSmidth & Co A/S, Hapman, and Coperion GmbH.

The innovation of technology brings more efficiency to manufacturing. Many companies are incorporating the new generation gravimetric feeders to expand their product portfolio. In addition, prominent players dominate the global continuous manufacturing gravimetric feeders market by investing heavily in R&D and expanding their product portfolio to cater to customers globally. These investments will help companies incorporate AI and other cutting-edge technologies for faster, more precise, and more dependable performance.

What are the key regions assessed in the report?

Which market segments are evaluated in the report?