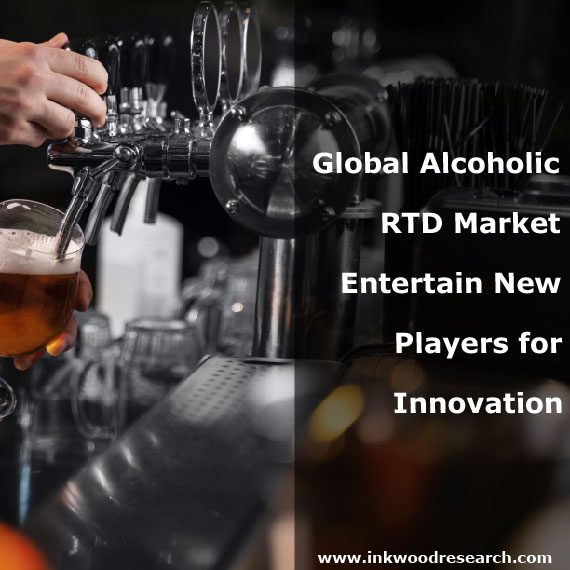 Ready-to-Drink (RTD) Alcoholic beverages (Alcopops) are flavored drinks with relatively low alcohol content. These are premixed alcoholic drinks with various fruit flavors and are mainly spirit-based, malt-based, or wine-based. Changing dynamics of the alcohol market, rising consciousness about its consumption, and innovations led to the introduction of such canned bottles RTD and high strength premixes globally. These low-content alcoholic beverages appeal to the young demographics worldwide, pushing the global alcoholic RTD market. 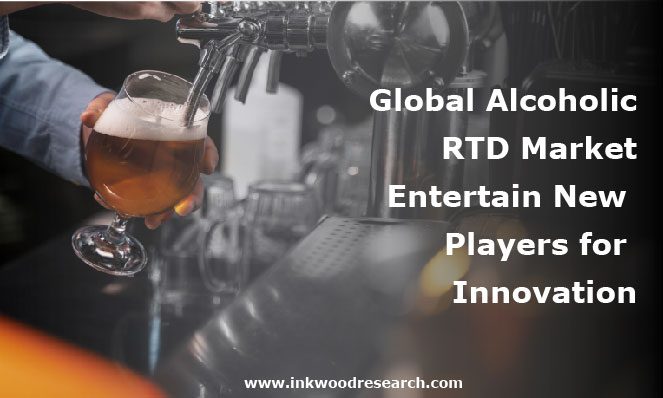 Since its inception in the 1990s, the alcopops drew brows around the world. The first player that launched product in this segment was Barcadi’s Breezer in 1993, followed by Smirnoff Ice, Two dogs, and others. With the changing lifestyles and consumption habits, and the rising interest in low alcohol content drinks, the market is expected to grow at 4.38% of CAGR from 2021 to 2028.

Top manufacturers such as Bacardi Limited, Anheuser Bursch InBev, Suntory Spirits Ltd have strained the competition with massive investments. However, rising consumption of RTD beverages and the industry’s attractiveness will open opportunistic entrance for new players & the market.

The malt-based Bud light drinks manufactured by Anheuser Busch InBev is dominating the market, especially in the United States. With the massive success of Bud light Ritas, the company launched Bud Light Mixxtail in 2015. Numerous variants of Bud Lights are significant attractors of the young female population.

Barcadi’s RTD cocktails dominate the market, launched under various product names like Bacardi Limón, Bacardi Pineapple, Bacardi Tangerine, Bacardi Dragonberry, and others. These RTDs are manufactured by the largest spirits company. Bacardi Limited is consumed mainly by the young generation and women globally.

The Smirnoff Pure, manufactured by multinational beverage company Diageo PLC, grabbed the RTD market globally. This bubbly drink is its first premix to combine vodka and natural fruit ingredients with no added preservatives and artificial ingredients.

Jack Daniel’s ready-to-drink beverage is manufactured by one of America’s largest spirits companies, The Brown-Forman Corporation. The brand grabs a significant share of America’s market and globally. Jack Daniel’s country cocktails are suitable for various occasions with a blend of whiskey and fruity flavor.

Jose Cuervo, known as the world’s oldest tequila brand, manufactures the ready-to-drink canned sparkling margaritas. The drink is available in flavors, namely classic lime, strawberry, and Paloma, along with its authentic golden margaritas. The company has an operating presence across the globe and holds a significant share in the global alcoholic beverages market.

The dominant players are influencing the market by launch of alluring products & capital. Also, with the growing expansion in emerging economies, innovations in packaging, and the presence of new entrants with crafty products, the global alcoholic RTD market has massive opportunities and prospects.