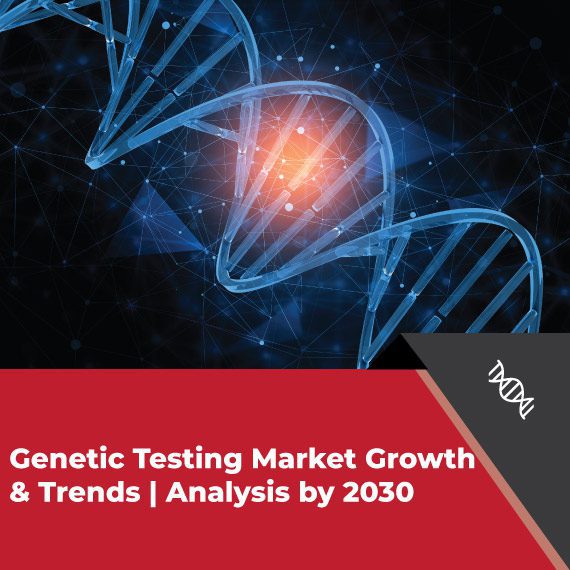 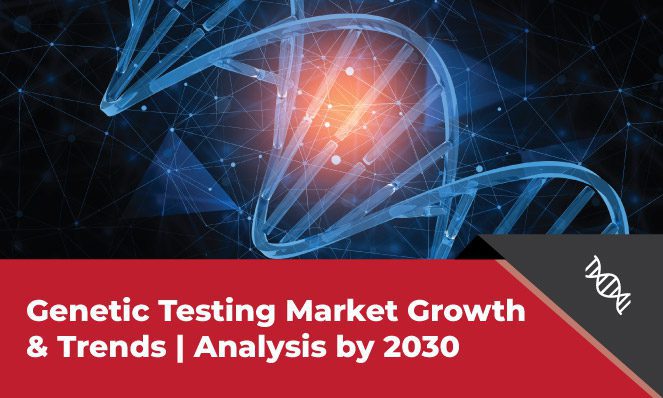 Genetic testing is one of the rapidly evolving segments in the healthcare sector. It is estimated that the global genetic testing market will evolve at 10.25% of the CAGR between 2022 and 2030. The increasing incidence of genetic diseases and the rising applications build the groundwork for the market’s opportunistic progression.

Genetic testing helps identify changes in proteins, chromosomes, or genes. The results can rule out or confirm a suspected genetic condition and determine the chances of passing or developing a genetic disorder.

The top trend-setting factors in the market are the rise in the aging population and technological advancements. As per the United Nations’ World Population Prospects 2020 Highlights, more than 1.5 billion will be aged over 65 by 2050. The aging population is vulnerable to chronic diseases, thereby raising the demand for preventive diagnostics, especially genetic testing. Further, the growing cases of inherited diseases like hemophilia, cystic fibrosis, and sickle cell anemia are pushing the need for genetic testing.

The global genetic market report scope includes the segmentation analysis of disease, application, technology, and type. The government initiatives in terms of genetic testing awareness, the rising disposable income, and technological advancements facilitate the growth of key segments like type and disease. For instance, genetic testing is increasingly being used in pharmacogenomics, also called drug-gene testing. This is also attributed to the genetic testing techniques advancements.

Cancer is the second-leading cause of death, with almost 70% of deaths occurring in low-and-middle-income countries. Genetic testing aids in estimating the chances of developing cancer by assessing the specific changes in genes, chromosomes, and proteins. This leads to increased surviving probability, cost-effective treatment, and minimal morbidity.

The increasing awareness about personalized medicine and preventive diagnosis, and the growing cancer burden, contribute to the segment growth. According to the International Agency for Research on Cancer (IARC), the new cancer incidence is predicted to reach 30.2 million by 2040.

This is accredited to surging demand to identify health complications in newborn or prenatal babies, particularly in developed countries. Also, prenatal screening helps identify several health conditions like Down syndrome, Edward syndrome, and patau syndrome. Further, as per the Centers for Disease Control and Prevention, the perinatal mortality was stable, with stillbirth affecting almost 1% of all pregnancies in the US in 2012.

In addition, extensive research associated with genomics and proteomics and heavy investments in research activities has resulted in substantial technological advancements.

Asia-Pacific is expected to project more growth opportunities given the increased government initiatives, the rising research activities, large population, awareness of early screening of genetic disorders, growing medical tourism, and increasing demand for quality healthcare. Whereas North America is estimated to fare more in terms of revenue share due to the presence of key players like  23andMe, Myriad Genetics Inc, PerkinElmer Inc, Illumina Inc, etc., a strong base of healthcare facilities, and a surging pregnancy rate.

Some aspects of most diseases are influenced by changes in the patient’s genome. In this regard, there is immense potential for genetic testing in promising applications like tumor molecular profiling like liquid biopsies to select cancer treatment, sequencing for rare diseases, and non-invasive prenatal diagnostics. Additionally, the increasing acceptance and accessibility of non-targeted sequencing among consumers and patients are evaluated to offer growth opportunities for the global genetic testing market.

Which diseases can be detected through genetic testing?

What is genetic counseling?