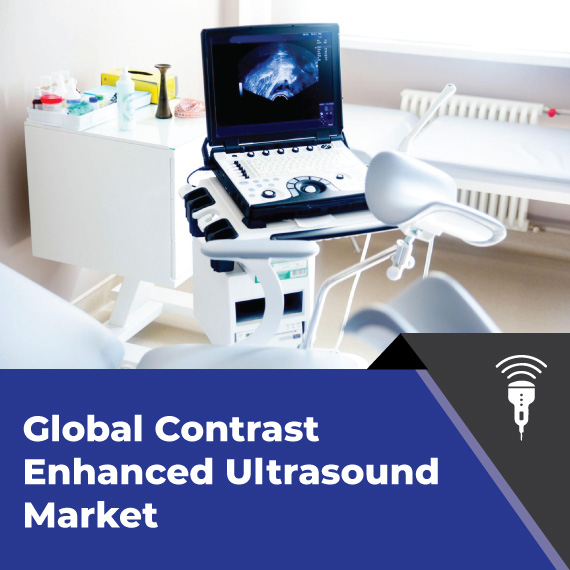 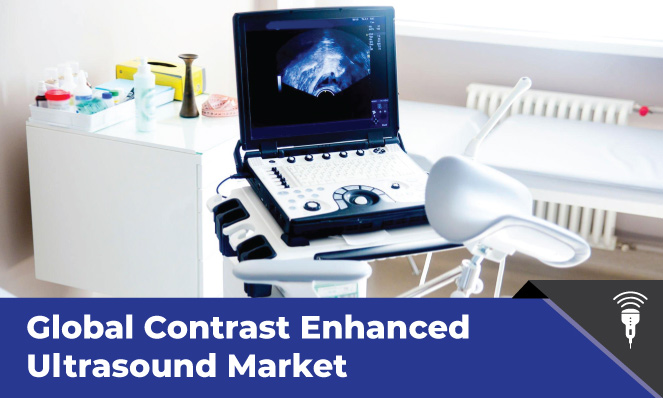 Contrast enhanced ultrasound (CEUS) entails the application of ultrasound contrast medium to conventional medical sonography. According to Inkwood Research, the global contrast enhanced ultrasound market is projected to rise with a CAGR of 5.25% during the forecast period of 2022 to 2030. The market growth is attributable to key factors such as the surging prevalence of chronic diseases as well as the technological advancements in diagnosis.

Ultrasound contrast agents primarily depend on the different ways in which sound waves are reflected between substances from interfaces. This may either be the surface of a small air bubble or a more multifaceted and complex structure.

Over recent years, the increasing use of contrast enhanced ultrasound, and its extensive use in clinical practice has proven to be a significant breakthrough in the field of diagnostic ultrasound. In this regard, CEUS is used to depict the targeted organ’s micro- and macro-circulation, subsequently resulting in enhanced performance and accuracy in analysis. Moreover, healthcare providers may also use contrast enhanced ultrasound in addition to or instead of other medical imaging tests, such as magnetic resonance imaging (MRI) and computed tomography (CT) scans.

Diagnostic Use of Contrast Enhanced Ultrasound –

In patients with known cancerous conditions, including high and low malignancy, further investigations are often required to definitely exclude malignancy. Moreover, the response evaluation is a novel challenge, with a research focus on the variation in tumor vasculature as well as perfusion. CEUS can identify viable and necrotic areas of tumors, thus enhancing diagnostic accuracy, especially while planning biopsies.

While the advent of CEUS improves the use of ultrasound in the liver for tumor diagnosis and guidance, it also offers solutions in numerous non-liver organs, such as the kidneys, pancreas, gallbladder, heart, and spleen. Furthermore, contrast enhanced ultrasound’s use has also expanded to the bile duct in recent years, with promising results. Aligning with this, CEUS is particularly useful in the diagnosis of bile duct malignancy, including intrahepatic, hilar, as well as extrahepatic bile ducts.

In addition to diagnostic applications, contrast enhanced ultrasound imaging is presently being explored for therapeutic purposes such as targeted drug delivery into thrombi and arterial walls. One studied application for targeted drug therapy entails chemotherapeutic drug delivery. In theory, it must focus on drug exposure to the local tumor and restrict exposure of healthy tissue to the toxic drugs, thus minimizing detrimental side effects.

Microbubbles comprising common anticancer drugs in the hydrophilic core circulate into the microvasculature of the tumor. At that point, ultrasound pulses are used to burst them, releasing the drug and also inducing sonoporation. As a result, subsequent tumor cell death has been demonstrated in vivo and in vitro as well.

Microbubbles can also be used for targeted gene delivery. For instance, the bubbles may be filled with small interfering RNA, which can downregulate transcription factors for cell proliferation. These include activators of transcription 3 and signal transducer, resulting in decreasing tumor burden.

On the other hand, microbubbles are being studied for the augmentation of sonothrombolysis. Characterized as a relatively non-invasive method of dissolving thrombus, it helps restore blood flow through the use of ultrasound energy.

In various developed as well as developing nations, ambulatory diagnostic centers are an emerging trend in terms of the provision of medical imaging services. On account of its key advantages, such as affordability, diagnostic effectiveness, portability, and wider clinical use, ultrasound is one of the chief tools used in conjunction with mobile units. Accordingly, the ambulatory diagnostic centers segment, under the end-user category, is expected to grow with the highest CAGR of 6.66% during the forecast period.

Since ultrasound contrast agents (UCA) can be used as a tracer of blood flow, CEUS can help detect hematomas and bleeding sites in patients with abdominal injuries, thus surging their applications in the field of blunt abdominal trauma. Deemed useful for monitoring patients undergoing conservative treatment, the technique can also assess vascular lesions and active bleeding, while avoiding exposure to ionizing radiation.

The advent of contrast enhanced ultrasound has significantly improved the expediency of ultrasound, and even elevated its position in clinical practice. As research and development continue to progress in CEUS, new emerging technological advancements will further pave the way for more economic, reliable, and safe diagnoses of various diseases. Consequently, this factor is set to play an integral role in fueling the global contrast enhanced ultrasound market growth during the forecast period.

What is a contrast agent?

A contrast agent is characterized as a substance used to intensify the contrast of fluids or structures within the body in medical imaging.

What are the two main types of contrast enhanced ultrasound analyzed in the report?

Targeted and non-targeted are the two main types of contrast enhanced ultrasound analyzed in the report.

What is the main advantage of microbubbles?

Microbubbles are presently the only clinically approved ultrasound contrast agent. Their key advantage is that they remain intravascular owing to their size, thus facilitating diagnostic measurements that would otherwise be challenging with diffusible tracers.