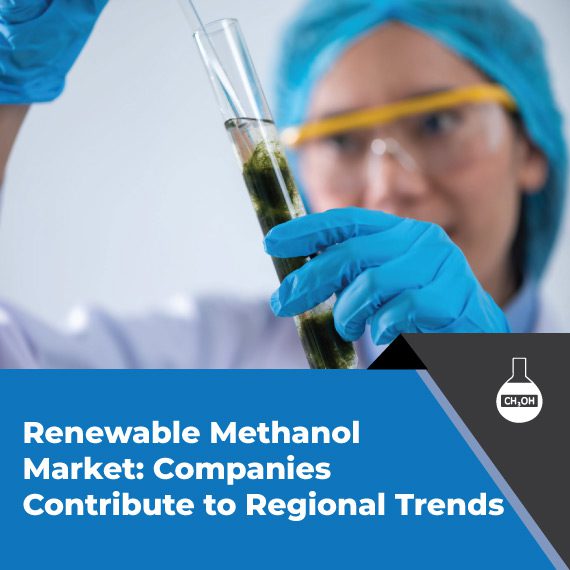 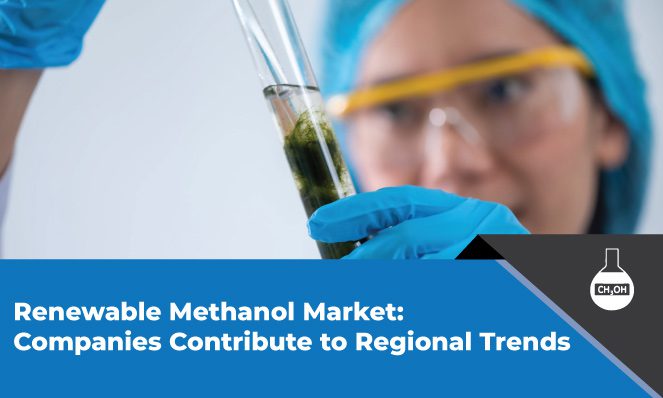 The increasing requirements for alternative and eco-friendly energy sources across the globe play an essential role in fueling the demand for renewable methanol. Since its production bridges the gap between conventional fossil fuel and renewable sources, the shifting trend toward sustainable energy is anticipated to drive the global renewable methanol market.

According to Inkwood Research’s industry experts, the global market for renewable methanol is estimated to rise with a CAGR of 3.82% in terms of revenue and 2.55% in terms of volume during the forecast years of 2022 to 2030.

The market’s notable growth is mainly credited to the availability of renewable methanol and stringent government rules and regulations. Moreover, the increasing demand for petrochemical feedstock ethane and naphtha, emerging as a crucial industry trend, is expected to play an important role in propelling the market growth as well.

Key regions such as Europe and Asia-Pacific are establishing significant efforts to incorporate the adoption of renewable methanol to mitigate climate change. This aspect plays an essential role in positioning Europe as the fastest-growing region, with the Asia-Pacific capturing the greatest revenue share in the global renewable methanol market.

Subsequently, in view of the segmentation analysis, Inkwood Research has classified the global renewable methanol market into application, end-user, and feedstock.

Europe to grow with the leading CAGR of 4.73% in terms of revenue

Europe is expected to record substantial adoption of renewable methanol over the forecast period. In this regard, the United Kingdom and Germany collectively accounted for approximately 47% of the overall European market. The region is also anticipated to witness significant growth during the forecast period due to the rapidly developing wind and solar sector. For instance, wind power covered 47.2% of Denmark’s energy consumption in 2019.

Moreover, the government of Italy signed a joint agreement with ENI, the country’s mineral oil and energy group, and Fiat Chrysler Automobile, introducing a new fuel blend containing 15% methanol and 5% ethanol. These efforts will further contribute to the expansion of the CO2 emissions segment, subsequently fueling the Europe renewable methanol market growth.

On the other hand, transportation end-user held the highest share of 39.16% in 2021. One of the key advantages of renewable methanol is its potential to reduce greenhouse gas (GHG) emissions from the transportation sector. Biofuels complying with the European Union’s Renewable Energy Directive (RED) criteria are also proposed to be accounted for. Hence, this factor is anticipated to contribute to the growth of the renewable methanol market in Europe over the forecast period.

Leading providers of methanol technology in the Asia-Pacific, such as Geely Holdings and Zixin Industrial Co, are collaborating to promote the manufacture of renewable methanol. China also signed an agreement with Enerkem in order to construct 100 advanced biofuels facilities by the year 2035. Therefore, these advancements and initiatives are set to augment the Asia-Pacific renewable methanol market growth.

Moreover, formaldehyde dominated the application segment with 25.92% of the share in 2021. This is attributed to the region accounting for more than 60% of the overall global consumption of formaldehyde. In this regard, China is the leading nation, consuming the majority of the production’s proportion. For instance, Lotus, a British sports car brand, announced to commence production in China.

Since manufacturing renewable methanol necessitates the availability of renewable energy sources and municipal waste, the initial processing cost needs a higher investment. Hence, in order to overcome these challenges, leading companies are effectively utilizing municipal solid waste (MSW) for the production of renewable methanol. For instance, Enerkem, a biochemical company, is building a plant that converts 350,000 metric tons of waste into 270 million liters of biomethanol annually.

On the other hand, as per the Environmental Protection Agency (EPA), methanol can cause harmful short-term and long-term impacts on human health. In this regard, organizations such as Methanol Holdings (Trinidad) Ltd primarily focus on maintaining global competitiveness with the highest standards for safety, reliability, and environmental management in its operations. As a result, effectively overcoming health concerns and countering limitations associated with high installation costs provides the global renewable methanol market with lucrative opportunities.

What are the key companies contributing to the growth of the global renewable methanol market?

Some of the top players contributing to the growth of the global renewable methanol market include Nordic Green, OCI NV, Gujarat Narmada Valley Fertilizers & Chemicals Limited, Atlantic Methanol (AMPCO), and others.

Why is renewable methanol more beneficial compared to conventional fuels?