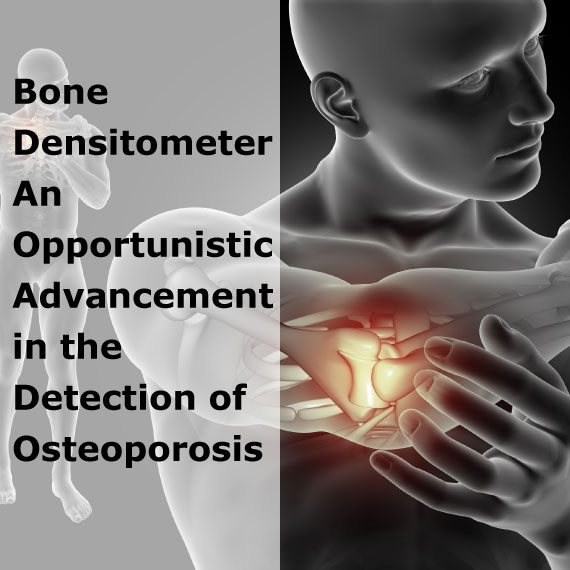 Bone Densitometer: An Opportunistic Advancement in the Detection of Osteoporosis

Every year, around 10 million people in the United States are reported to be diagnosed with osteoporosis, a condition that weakens and lowers bone density. Several factors may put one at the risk of developing this condition – some of which may be manageable and others non-manageable. Factors such as a sedentary lifestyle and excessive alcohol consumption are prime drivers for osteoporosis. However, age, sex, race, family history, hormonal imbalance, low calcium intake, corticosteroid medications, or certain medical ailments, such as celiac disease or lupus, also increases the chances of developing this condition. 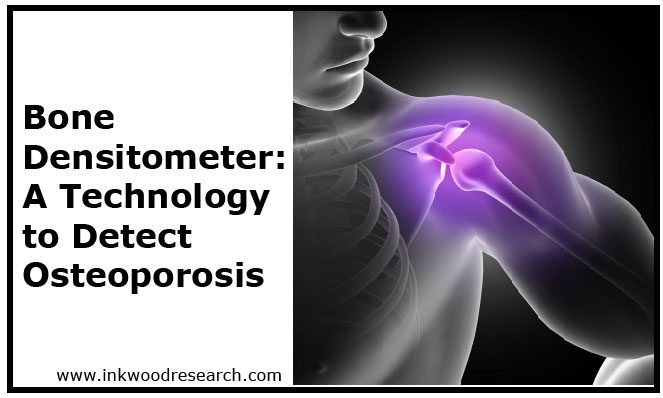 Osteoporosis derives its name from the words ‘osteo’ (bone) and ‘poros’ (porous in Greek). The condition is characterized by frequent instances of fracture, even from the slightest injuries. The chances of developing osteoporosis are thus dependent on the volume of bone mass attained in youth – the higher the volume, the lesser the likelihood of developing the disease.

Therefore, it becomes crucial to undergo tests to assess the presence of the disease. In the past, the diagnosis of osteoporosis was made only after the patient injured their bone. However, it is now possible to make an accurate diagnosis by getting screened for the condition. Bone densitometry determines the mineral density in bones, thereby predicting the risk of developing a fracture in the future. Early diagnosis helps patients in seeking early treatment to manage their condition. It also helps in assessing the effectiveness of treatment for those already diagnosed with osteoporosis. In fact, bone mass measurement is the single-best prediction method for fracture risk.

The global bone densitometer market is moving towards an upward trajectory, with a CAGR of 3.95% during the forecast period, generating revenues worth $1375.5 million by 2027.

According to the WHO, those having a bone mineral density of 2.5 standard deviations or greater, below the average value defined for young, healthy women, can be said to be suffering from osteoporosis. Usually, the hip, the lumbar spine, and forearms are scanned with the help of various technologies, such as dual-energy X-ray absorptiometry (DXA) and ultrasound. And, other technologies for measuring bone density, which include dual X-ray absorptiometry and laser technique (DXL), quantitative computed tomography (QCT), and radiofrequency echographic multi spectrometry (REMS).

In the past, the techniques used for assessing BMD in individuals were imprecise and inaccurately measured the changes in bone mineral density. However, advancements in DXA technology have been a major pharmacological breakthrough. This technology has transitioned from the original pencil-beam densitometers to narrow fan-beam densitometers, having better resolution and faster scan times. Additionally, the evolution of the 3D-DXA has further enhanced the efficiency of these scans. Using 3D-DXA, a 3D model of a bone can be constructed using its 2D images. This provides a better understanding of bone status, geometry, thickness, and bone mineral density.

The world’s geriatric population is growing at a steadfast rate – in 2015, 8.5% of the worldwide population was aged 65 and above, which is expected to grow stronger with 17% by 2050. The body’s ability to function efficiently declines with age. Thus, the aged population is more prone to develop various health disorders, as compared to other age groups. Their low BMD and impaired healing ability lead to more chances of being diagnosed with bone disorders. Over 80% of the fractures in people above the age of fifty are caused by osteoporosis. The International Osteoporosis Foundation (IOF) states that more than 8.9 million osteoporotic fractures occur annually worldwide, with over 1.6 million cases of hip fractures. Thus, several health initiatives are being launched to promote awareness regarding osteoporosis. This would help in fueling the adoption of bone densitometry techniques and as well encourage patients to seek effective treatments at hand.

The advent of bone densitometry has made far-reaching changes in the approach towards osteoporosis. With the increasing popularity and affordability of the technology, it would now be possible to screen a larger population at risk. With its increasing applications, bone densitometry has become an effective tool in aiding osteoporosis management for both prevention and therapy.