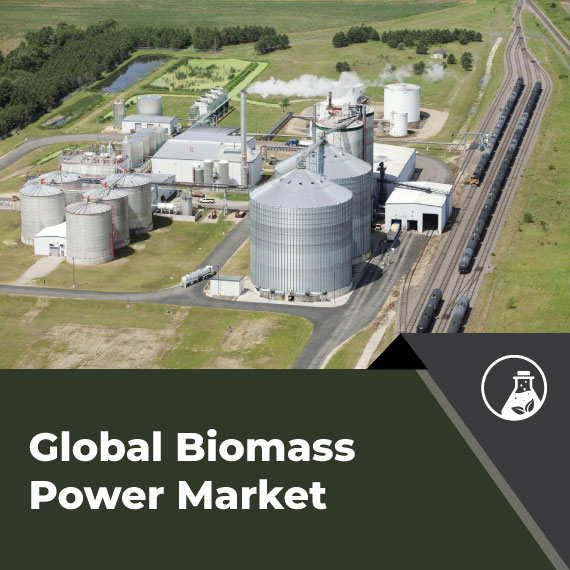 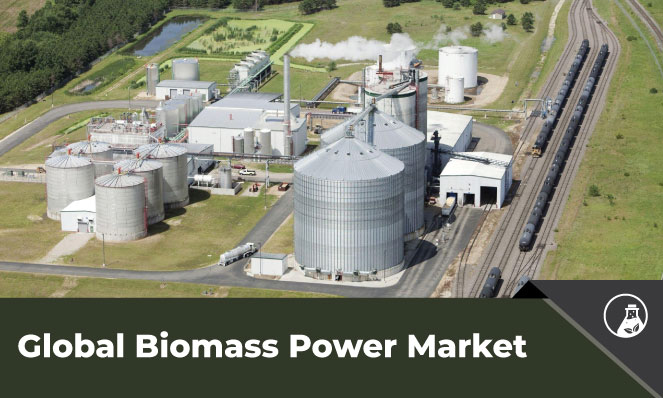 Biomass is characterized as renewable organic material derived from animals and plants. As the greatest source of total annual energy consumption in the United States until the mid-1800s, according to the US Energy Information Administration, biomass continues to remain an essential fuel in several developing nations. Inkwood Research estimates that the global biomass power market is set to record a CAGR of 6.30% in terms of revenue and 6.26% in terms of volume during the forecast period 2022 to 2030.

In emerging countries, especially in rural regions, around 2.5 billion people rely on biomass, as per the International Energy Agency (IEA), in order to meet their energy needs. These include charcoal, fuelwood, animal dung, and agricultural waste. In several countries, these resources also account for more than 90% the household energy consumption. Since biomass is primarily used for heating as well as cooking in residential applications, this factor plays an essential role in positioning residential as the leading end-user, progressing with a CAGR of 6.52% over the forecast period.

From Fossil Fuels to Biomass: Why the Shift?

Fossil fuels comprise 80% of the current global primary energy demand, with the energy system accredited to two-thirds of global CO2 emissions. Despite the West largely transitioning to fossil fuels, biomass still represented the majority of the energy consumption of the underprivileged in developing countries, including Ethiopia, India, and others. However, this trend is now changing, with bioenergy regarded as the primary source of renewable energy in the European Union (EU).

Moreover, with an aim to meet climate targets, the European Commission’s Renewable Energy Directive (RED, 2009) has encouraged a boom in biomass production for energy use, including solid biomass, liquid biofuels such as bioethanol and biodiesel, and biogas. Accordingly, the biogas segment, under the feedstock category, is set to grow with the highest CAGR in terms of revenue as well as volume.

Biomass has numerous advantages, with the principal benefit being that it cannot be exhausted like fossil fuels. With an abundance of plants on Earth, biomass has the potential to be a key renewable energy source used as a sustainable alternative to fossil fuels. In addition, the use of bio-based feedstock can also improve the resilience of rural industries while profiting the environment by sequestering carbon and replacing fossil-based fuels.

Increasing the use of biomass in the European Union (EU) can help diversify Europe’s energy supply, consequently encouraging growth and creating job opportunities while lowering greenhouse gas emissions. Moreover, biomass is also required for electricity production in the continent in order to balance variable renewables. The majority of bioenergy in the EU is used by the cooling and heating industry, consuming approximately 75% of it. Although biomass originates from various sources, wood is by far the most prevalent.

In this regard, according to a report by Sandbag Climate Campaign, the industrial wood production business has significantly expanded worldwide, with production increasing by more than 50% since 2010. This is mainly attributed to the substantial demand in Europe, with imports alone accounting for around a fourth of global production. Furthermore, the easier conversion of existing coal-fired power plants for burning wood has further facilitated a sizeable demand for wood pellets.

Over recent years, most of the growth in Europe’s biomass consumption, especially in former and current coal-fired plants, has been recorded in Germany as well as the United States. The industry is also expected to grow significantly as the coal phase-out gradually accelerates across the continent, with around a one-fourth of the future capacity projected to be added in the Netherlands, Spain, Finland, Ireland, and Germany.

Policies in the EU are also encouraging the use of biomass for energy production. For instance, the new EU Forest Strategy for 2030, a flagship initiative of the European Green Deal, contributes to the greenhouse gas emission reduction objectives of the ‘Fit for 55 Package’. It also enables the EU to deliver on its commitment to enhancing carbon removals by natural sinks, aligning with the Climate Law. As a result, these factors are expected to provide the Europe biomass power market with lucrative growth opportunities during the forecast period. Moreover, as per Inkwood Research’s analysis, the market in Europe is set to grow with a CAGR of 6.45% in terms of revenue between 2022 to 2030.

Biomass is a viable source of energy in Asia, primarily in Japan and Korea, with both countries importing biofuel for the production of biomass. In addition, several small-scale projects have also emerged across other nations in Asia-Pacific, including Vietnam, Malaysia, and Thailand.

Biomass plays a key role in the growth of the economy, especially in countries largely dependent on biomass for household applications. In developing countries such as India, biomass-to-power is also crucial in battling against the harmful process of straw paddy burning. Aligning with this, various nations, including Australia, China, and India, have pledged to increase their respective shares of renewable energy in the power mix to reduce emission levels.

Japan is also a thriving market, fuelled by incentive schemes and regulations by the government. Although record capacity growth is expected in the country over the upcoming years, in the future, the market is set to undergo similar developments to the European market, characterized by a transition to smaller projects.

The presence of financial incentive schemes for renewable power sources in the Asia-Pacific, as well as programs for cofiring biomass with coal-based power plants, is expected to further contribute to the overall growth of the global biomass power market during the forecast period.

What are the different processes through which biomass is converted into energy?

What are the major challenges faced by the global biomass power market?

Seasonal biomass availability and the presence of renewable resources as a substitute for biomass power are among the major challenges hampering the growth of the global biomass power market.

Bioenergy is defined as a type of renewable energy produced when biomass fuel, including harvest residues, organic waste, and purpose-grown crops, is burnt. Examples of bioenergy are using wood and methane gas for the generation of electricity and burning wood to produce heat.