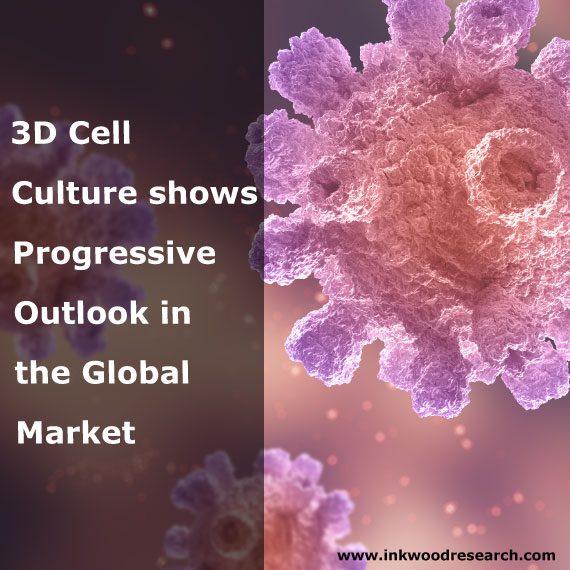 Cell culture is the procedure of isolating the cells from the tissue (in vitro) in both two (2D) and three (3D) dimensions. As a result, an artificial environment is induced comprising essential nutrients, gases, hormones, and growth factors. Based on our study, the global 3D cell culture market is estimated to witness demand from diagnostic centers and hospitals. This is attributed to the higher benefits of 3D models in providing thorough physiological information and accurate cellular environment investigation.

There is significant exposure to 3D cell culture in domains like drug discovery, regenerative medicine, cancer biology, and basic life science research. It is proving to be instrumental in finding out the key facets of any disease. Also, it articulates the micro-environmental factors that aid the in vivo tumor growth. It has further turned out to be beneficial in investigating the phenotypic heterogeneity of cancer cells and heterotypic intercellular cross-talk. In addition, the increasing prevalence of cancer has impacted the 3D cell culture market growth. 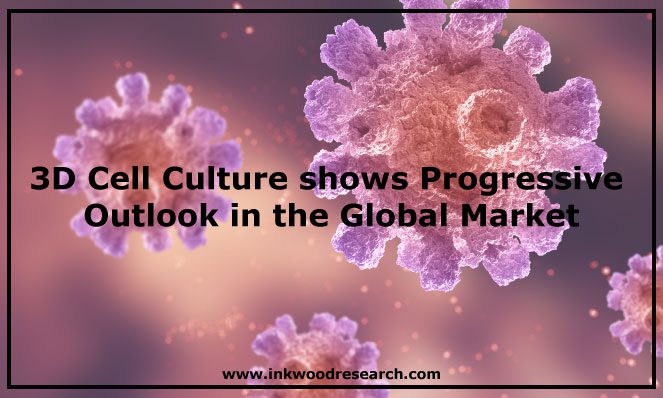 The 2D cell culture is in the market for more than a century. But, there are certain limitations associated with it. On the other hand, 3D cell culture distinguishes itself in aspects such as:

Technological advancements and wide applications in biological research are top drivers creating growth and opportunities in the global 3D cell culture market. Estimates reveal that the increasing chronic diseases have resulted in the demand for organ transplantation. The US Department of Health and Human Services estimates that about 5,00,000 Americans benefit from a transplant every year.

3D cell culture is an integral part of regenerative medicine, which plays a crucial role in curbing the shortage of organ transplantation. Over the years, there has been extensive research on the subject. The technology has improved cellular viability and differentiation behavior, enhanced graft adherence, and direct transplantation benefits that include higher cellular loading densities within the transplant.

In addition, the platform is utilized in drug screening, which will aid in the development of efficient drugs and reduce high attrition rates. The introduction of novel tools in the 3D cell culture, in terms of stem-cell-based research, like the 3D bioprinting technology, enables the creation of 3D printed building blocks of embryonic stem cells. This is further utilized for tissue generation experiments and micro-organ generation.

However, the expenditure associated with the implementation of 3D cell culture is high and impedes market growth in several regions. However, there are increasing global investments by contract research organizations (CROs), government, and funding bodies that are aiding in curbing these issues. Nevertheless, the 3D cell culture is yet to replace the 2D models on a large scale due to a lack of uniformity in results and the incompatibility in the preferred analytical technologies.

Though 3D cell culture as a market entity has immense growth opportunities in cancer research, organ transplant, and drug screening, certain restraints and challenges need to be tackled for full-fledged market growth.